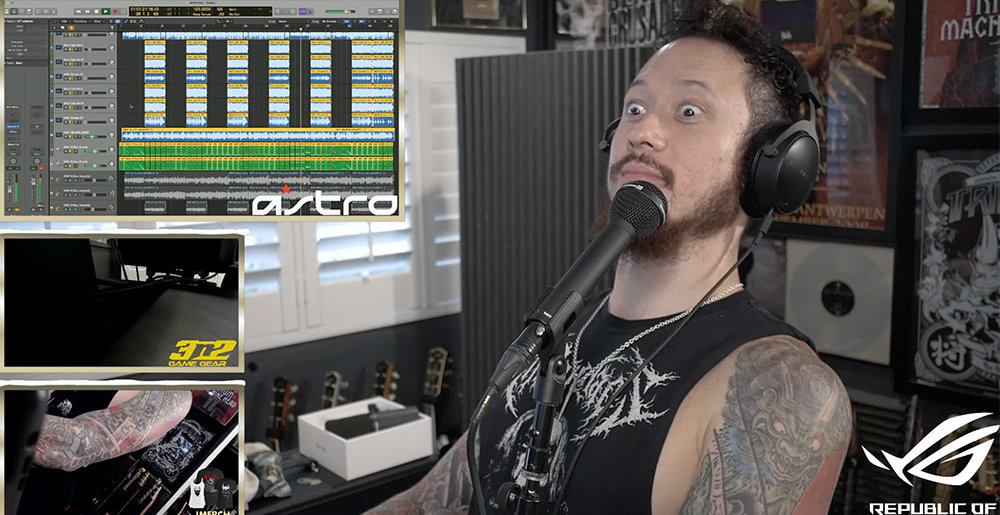 Are sea shanties all the rage they were a week or two ago? I don’t know, and frankly I don’t really care, but seeing as it’s a slow news day outside of everything happening with this bozo, more sea shanty content you shall receive!

Trivium frontman Matt Heafy’s love of sea shanties extends all the way back to 2019, when he performed a heavied up version of “Runescape” on his Twitch channel. He was ahead of the curve! But given the resurgence of sea shanties in recent weeks, he’s again taken to the high seas of Twitch, this time with a metallized version of “Wellerman.”

Twitch being Twitch — all about being live and in the moment — I can’t figure out if there’s a full version of this thing posted anywhere, but there are plenty of clips of it, so clips we will post! You can watch those below.

Heafy will collaborate on a new track with Linkin Park’s Mike Shinoda this Friday when Shinoda streams live on Twitch and chops up Heafy’s pre-recorded guitar and vocal parts into an entirely new Frankenstein-like creation. Details here.