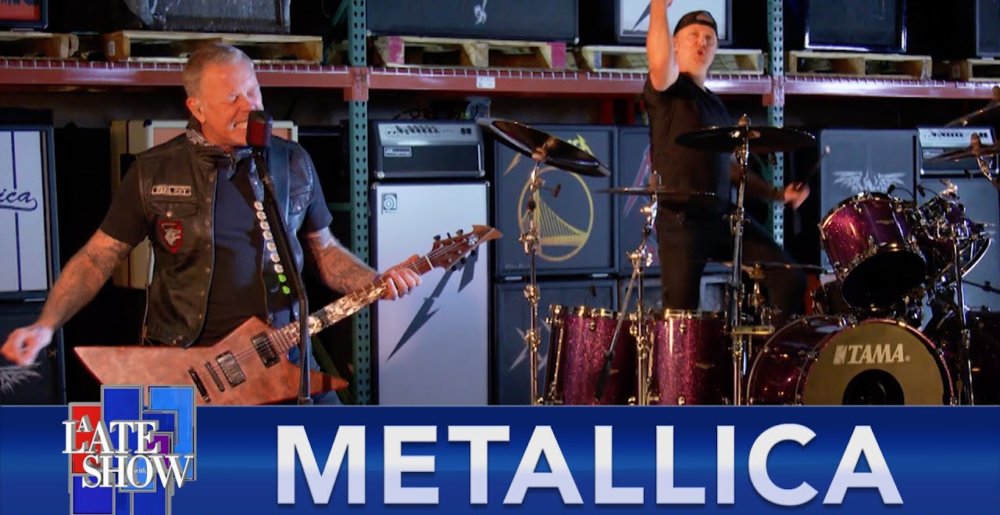 Widespread calls for the NFL to invite Metallica to perform at the Super Bowl Halftime Show begin circulating every summer, and then, without fail, the league chooses a modern pop act or dinosaur rock band for the honors. Metal fans get angry, huff their chests, vow “NEXT YEAR!” and then repeat the process again, ad infinitum. And so it will go forever.

Metal fans at least had something to look forward to this year, although they had to wait until after the game to see it: Metallica performed on A Late Show: Super Bowl Edition, a special live edition of The Late Show with Stephen Colbert. Metallica’s set was pre-recorded from an undisclosed location in the Bay Area, and featured a number of custom amplifier cabinets in the background. Watch their performance of “Enter Sandman” below!

Metallica are currently deep into “some pretty serious writing” for their next album. After first floating the idea of working on new music while under quarantine in April, by June Lars Ulrich had revealed that Metallica were, indeed, in writing mode. James and Rob have both said they’ve been busy working on new songs, too, and Kirk Hammett has trumpeted the fact that he has over 600 song ideas recorded (after infamously losing his cell phone with 300+ ideas prior to the sessions for Hardwired). The band were having some technical issues collaborating over the internet and were looking into doing so in-person in a bubble last they checked in, but that was months ago already, and Lars recently revealed that new material was coming along at a “glacial” pace.