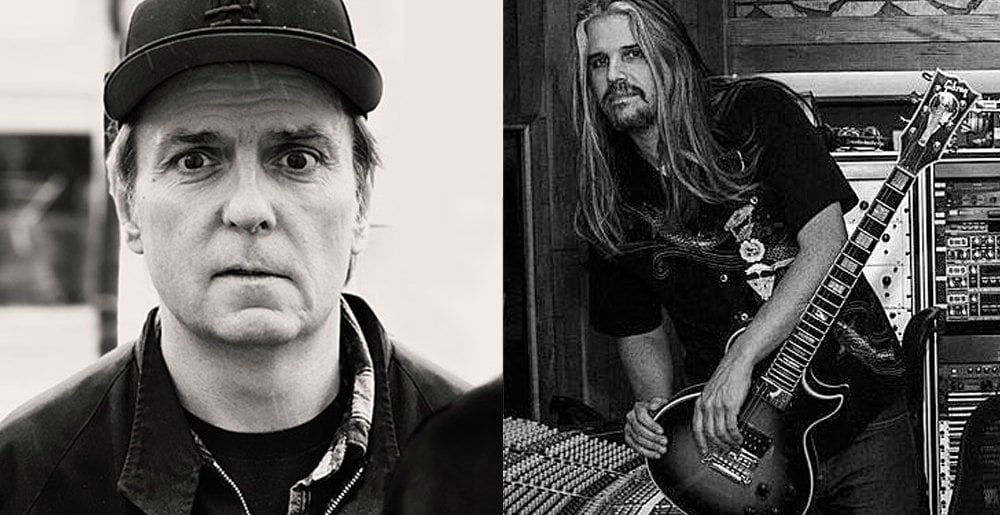 As regular readers are well aware, we love a good prank here at MetalSucks — the meaner, the funnier. We’re dicks like that.

This being the case, we were extremely amused to hear Melvins drummer Dale Crover tell a story about a really, really, insanely cruel prank that was once played on him by Tool’s Adam Jones. Without giving too much away, I can tell you that it involves one inviolable rule of touring musicians: don’t bring drugs to Texas.

You can read the story below, or listen to the entire interview at the bottom of this post.

Melvins 1983 — the iteration of the band featuring Crover, frontman Buzz Osborne, and original drummer Mike Dillard — will release a new album, x, on February 26 via Ipecac Recordings. You can listen the latest single, “1 Fuck You,” here, and pre-order the album here.

“We got pulled over in Texas, right outside of Houston. And the cop finds some weed on the ground, right outside of our van. It wasn’t ours… Well, I mean, funny enough that I knew it wasn’t ours. Cuz I knew none of us had any weed. None of us are stupid enough to have any weed driving through Texas, at least I thought.

“Especially the guy who got blamed for that part, because I knew that he didn’t even smoke weed, which was which was our road manager at the time.

“And anyway so yeah we get pulled over by this, you know, big, huge Buford pusser style Southern cop and he finds this weed and he’s ‘Whose weed is this? All right, everybody out of the car.’ And he gets us all out of the car and he’s like, ‘I’m gonna search all your bags’, you know he’s being the total dick cop or whatever.

“And I’m kind of talking to him like you know ‘Hey that’s not ours.’ [He replied] ‘Oh yeah, you the spokesman for the group? You smoke weed?’ And so, he goes to search my bag where I can’t see, he’s like behind our van. And then he comes up and he’s like ‘You come here.’ And I go back there and I see my bag on the hood of his car. ‘What the fuck is sticking out of my bag?’

“And so he cuffs me. Then he starts pulling stuff out of my bag, he’s like ‘Look what we got here.’ He pulls out a gun pulls and I’m like what? He pulls out a 9mm and he’s like ‘You got firearms, that’s a federal offense in Texas here.’ And then he pulls out scales and I’m like what? ‘You got scales.’ And I’m just going like what the fuck. And then he’s like, ‘Oh Lord, look what we got here.’ And he pulls out the biggest bag of cocaine I’ve ever seen in my life. ‘Oh, man. Looks like you’re going to prison.’

“You know, I’m just like ‘lawyer.’ And he’s like ‘Oh really, you want a lawyer after all this? You don’t want to get DEA down here and talk to them.’ and I’m like ‘No, lawyer. Lawyer.’ All right. And then, and then he puts me in the car… I’m totally just thinking like, you know, okay, he’s planted all this stuff in my bag. You know what I don’t get, you know, what’s his… What’s his scam here?… So I tried to figure out what the deal was… I’m like, does he want money? you know, [should I] bribe him? Like ‘If you look at my bag, a little further, you might find something else in there officer.’

“So then he puts me in the car. And then, you know, I’m like ‘Hey can I talk to  my friends up there?’ And he’s like ‘I don’t know why, he’s going to jail too. He’s the one I found weed on.’ I’m like ‘Please.’ and he says ‘All right.’ And so my, my road manager comes back and looks at the car and sees all this stuff spread out. I’m like, ‘You see what’s going on here? He planted that stuff in my bag. Don’t let him look in your guy’s bag without you watching him.’ And so then he starts explaining to him like, ‘I have reason to believe that this is not his stuff at all.’…

“‘Oh really, who is this guy?’ And he’s like oh, his name’s Dale Crover, he plays in this band the Melvins.’ And he’s like ‘I’ve never heard you guys, I guess your show’s canceled tonight, huh?’ And Snoop Dogg had just come through and had been busted and [the cop] was like ‘This is going to be on CNN just like the big Snoop Dogg bust.’ And then he gets me out of car and I’m like ‘Okay. He’s like, Well, you know, I just want to tell you guys, Adam Jones from Tool said you guys are pranked.’ He was friends with Adam. That’s how that happened.”