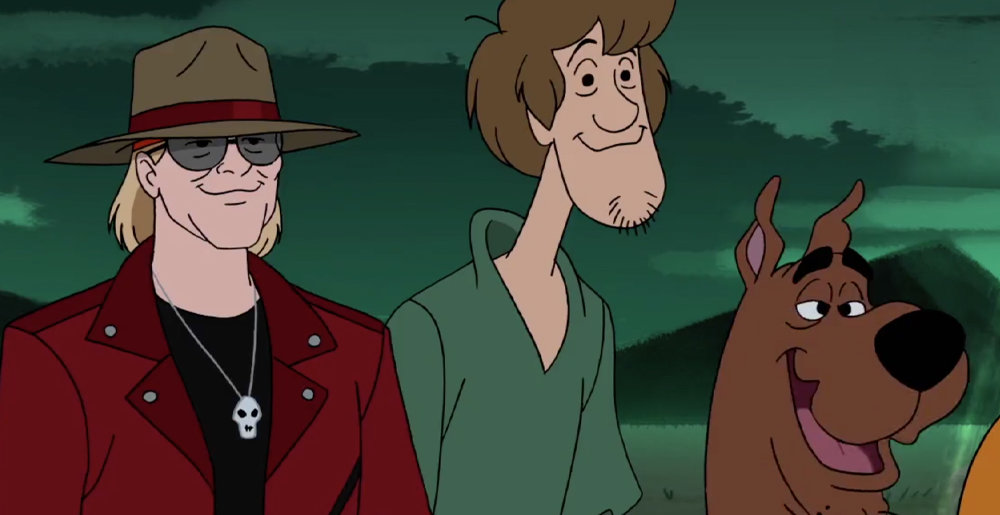 Axl Rose Is Gonna Be on Scooby-Doo

Further proof that the being currently posing as Axl Rose is a Pod Person: the Guns N’ Roses singer is going to appear on an upcoming episode of Scooby-Doo and Guess Who?.

This, just a couple of years after he appeared on Looney Tunes, another beloved children’s I.P. that currently airs on Boomerang.

Singer for “The Most Dangerous Band in the World.”

Who wanted the video for “Sweet Child O’Mine” to be about a dead baby.

Who called his mom “a cunt.”

Rolling Stone has preview of the guest appearance, which reveals that Axl has been friends with Scooby and Shaggy for some time now and suggests he may help the gang solve their latest mystery (if he somehow ends up being involved in the traditional end-of-episode villain reveal, I will plotz). You can view that here.

I won’t lie: I am going to watch this. Good or bad, it gives me hope that we’re getting closer and closer to realizing my greatest dream: Corpsegrinder making a cameo on Sesame Street.

Metal Sucks Greatest Hits
0 -
Anthrax’s Frank Bello is Really Excited to Be Here, Not at All Concerned About Swallowing Bugs
0 -
Website Photoshops Dogs in Place of Bass Guitars Because Why Not?
0 -
Students at British School Sing Iron Maiden’s “Flight of Icarus”
0 -
Why There Will Never Be Another Metal Band as Big as Metallica
0 -
Let’s Gossip About How Much Money Famous Metal Vocalists Make
0 -
Rigged: Luke Hoskin of Protest The Hero