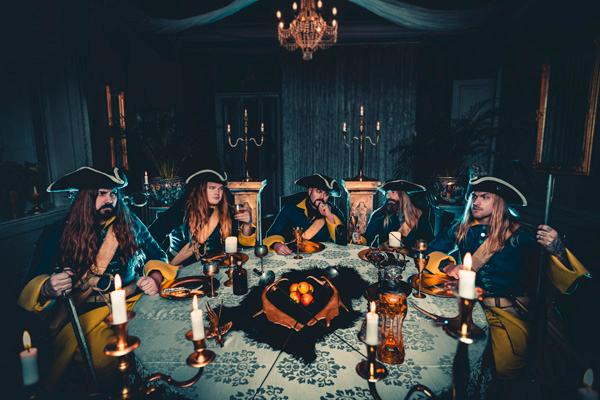 The history buff metal warriors of Sabaton have released a new song, “Livegardet” (Swedish for “The Royal Guard,” the country’s armed forces) in honor of the 500th anniversary of one of the oldest military establishments in the world. The song also finds the band singing in their native Swedish tongue for the first time in a number of years.

Bassist and band leader Pär Sundström explains of the topical motivation behind the new track and the decision to sing in Swedish:

“Since 2012 and Carolus Rex, we have been looking forward to writing more songs in Swedish, and we felt that we were not done with the history of our fatherland. Over the past years, we have been discussing topics until something obvious came up. One of the oldest military regiments in the world, the Swedish Royal Guard (Livgardet), was formed in Sabaton’s home region in Sweden, Dalecarlia, in 1521 by the legendary Swedish king Gustav Vasa.

“For the past 500, years they have evolved with the times and served under various kings and queens around the world, and they are still active today. We felt that such an anniversary would be worth a song, and we aimed at writing a respectful tribute, an anthem for this Swedish regiment and its legacy. The rich 500 years of history is, needless to say, extremely hard to fit into one single song, and that is why we mainly focused on the parts and battles that happened during the age of the Swedish Empire. We aimed to write a respectful tribute, a powerful anthem, for this Swedish regiment and its remarkable legacy.”

“Livgardet” will appear on a new single titled The Royal Guard which will be available on vinyl and will contain both the English and Swedish versions of the song. One special, limited edition variant will contain real gunpowder (lol Sabaton, gotta love it). The Royal Guard comes out on April 9.