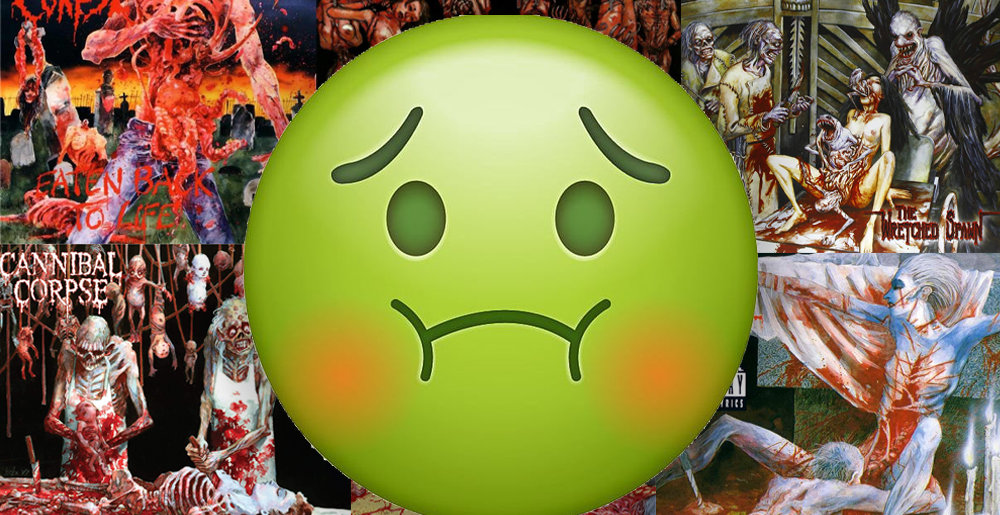 Mirror, mirror on the wall, which Cannibal Corpse album cover is the grossest of them all?

It’s a question every death metal fan has surely asked themselves at some point. Personally, I lean towards 2004’s The Wretched Spawn, because it speaks directly to my fear of the misuse of human orifices.

The uncensored version of the cover for the band’s new album, Violence Unimagined, is an instant all-timer too. It would appear that poor baby was alive when the not-so-nice lady with all the teeth tore into it. Something similar happens early on in Garth Ennis’ Crossed and it seriously fucked me up for life.

But which of their magnificently macabre album covers do the band themselves favor? We now have some insight courtesy of drummer Paul Mazurkiewicz, who has listed all the band’s covers from least to most disgusting for The Pit.

I won’t give away the whole list here, but I will tell you that Mazurkiewicz put 1991’s Butchered at Birth in the top slot, saying:

“How can Butchered not be Number One? The all-time most disturbing cover, arguably, in music. Man, I’ll never forget seeing Butchered for the first time. We were blown away by it, just like, how CRAZY it was. Especially going from [Eaten Back to Life] — which was a great cover — to seeing something like that was just…WHOA. This is taking it to a whole different level. Even looking at it to this day, it’s never not disgusting. It’s never not that piece that you look at and say, ‘This is crazy. I can’t believe these guys did that.’”

Far be it from me to disagree with Mazurkiewicz, but I just have to quickly add: Butchered at Birth is not the all-time most disturbing cover in music. That honor inarguably goes to this abomination against eyesight:

I don’t know if any album will ever be able to top that one. I don’t know how they got the twins from The Shining to pose for a photo but good for them.

Metal Sucks Greatest Hits
0 -
What is the best subgenre of metal?? *please read*
1570 -
Frankie Palmeri’s Track By Track Breakdown of the New Emmure Album: A Track By Track Breakdown
0 -
West Texas A&M University Launches Course in Metal Lyrics
0 -
What Will Happen When a Member of Metallica Dies?
0 -
Type O Negative’s Peter Steele Once Punched Chino Moreno In The Face for Inciting an Onstage Riot
0 -
Debunking the Myth that Guitar Hero Made Dragonforce