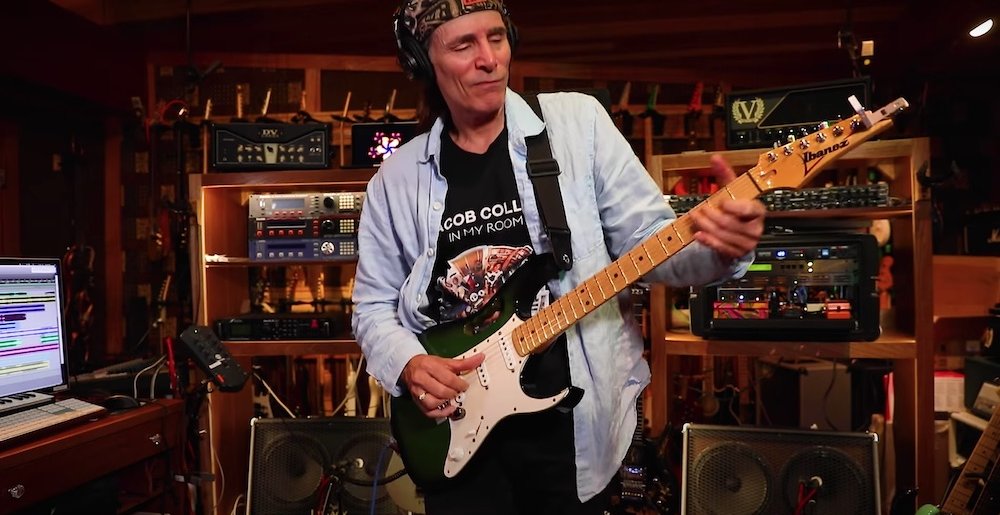 Whatwith the pandemic putting live shows on hold for nearly a year now, it’s as good a time as any to undergo surgery that’ll relegate a player to the sidelines side stage.

In a new chat with the Guitar Villains podcast, Vai revealed that he recently did just that, going under the knife for a sprained finger that he had endured, naturally, while playing guitar, specifically trying to voice and hold a particularly difficult chord. Vai developed trigger finger, a condition in which a finger gets stuck in a bent position, and decided to have the procedure done sooner rather than later so he can get back to playing shape before the season touring starts up again.

“I was doing this fun thing, and I had to put my thumb in this really weird position. I had to kind of hold this chord really for a long time — I was meditating on it. And I knew it was a hard position, and I just kept sitting there and playing it and playing and playing, and 20 minutes later, I’d kind of come out, and I [felt pain in my hand]. So I kind of sprained this.”

“Then, all of a sudden, I developed trigger finger… My wife said, ‘Don’t show anybody,’ ’cause they did that operation and they cut in there, and the guy’s fooling around with everything in there, and it’s really bizarre. But it’s all fine — it’s something very simple that they can fix. But I won’t be able to play for a while.”

I can only imagine how scary it is for a professional guitar player to have their hand cut open — that’d be like me, uh, having my internet connection serviced? I dunno — but Vai seems to be taking it in stride. Hopefully he’ll be back on the field in playing shape before too long.

Vai released a new song called “Candle Power” last June and sold his own line of candles to go along with the track. Stream it below.

Sponsored Links from Across the Internet
Show Comments
Related Articles
What the...?? 0
Steve Vai Postponed His 2022 Tour Because He Pulled a Tendon While Making Pizza
January 31st, 2022 at 9:14am Emperor Rhombus

The “new injury” wasn’t even a cheese burn.

Symphonies of Sickness 0
Steve Vai Postpones Tour Due to Another Surgery
January 19th, 2022 at 11:17am MetalSucks

He has already undergone shoulder and finger surgery in the last year.

Metal Sucks Greatest Hits
0 -
12 Embarrassing Albums That Everyone Owned Back In The Day
0 -
Rammstein Members Kiss During Moscow Show, Violating Russia’s Anti-LGBTQ Laws
820 -
Rigged: Dream Theater’s Mike Mangini Takes You Through Every Piece of His Mega-Drumkit [Part 1]
0 -
What If Metal Album Covers Were Truthful?
750 -
Anthrax vs. Axl vs. Anso: The Worship Music Double Review
0 -
‘Til Death Do Us Part: Metal + Hard Rock Musicians’ Wedding Portraits