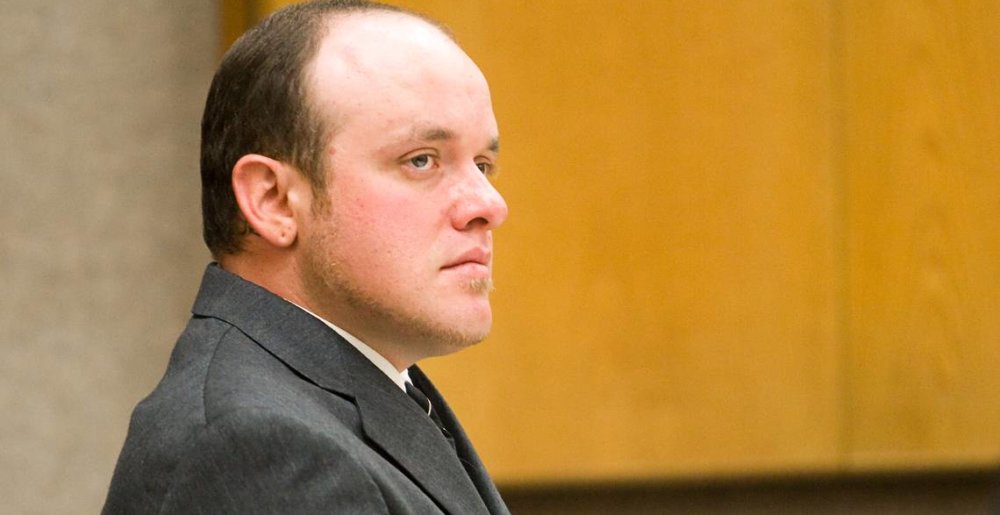 Former New Found Glory guitarist Steve Klein, who played with the band from its formation in 1997 until his arrest in 2014, has been convicted in a years-long court case that saw him accused of possessing child pornography and exposing himself to underage girls in online video chats.

Klein was charged in 2014 with five felony counts of lewd acts on a child, as well as a count each of contact with intent to commit a sex offense and possession of child pornography. The charges stemmed from two-way chat room videos on Omegle, a platform that connects random strangers directly, that were found on an external hard drive at Klein’s home. Klein agreed to plead no contest to an added felony charge of indecent exposure, and the remaining charges were dismissed.

According to the San Luis Obispo Tribune, Klein will serve no jail time and will be sentenced to two years of probation. If Klein complies with the terms of his probation for one year, his felony conviction will be reduced to a misdemeanor and his probation terminated. He will, however, need to register as a sex offender for at least 10 years no matter what.

The incidents occurred between 2010 and 2012 with victims who were 14 and 15 years old. No physical contact occurred. The victims have not been publicly identified.

In 2014, Klein’s now-ex-wife, Amanda McCullough Klein, found evidence of his activity while searching on an external hard drive for evidence he was having an affair. She called police, setting the legal process in motion in 2014.

The couple divorced and Klein was fired from New Found Glory later in 2014.

Sponsored Links from Across the Internet
Show Comments
Related Articles
Worst Week Ever 0
Entombed Frontman Dies, Korn Guitarist “Went Too Far” With Christianity, a Terrifying Mick Thomson Video, and More Stories You May Have Missed This Week
March 12th, 2021 at 5:00pm MetalSucks

Also includes Black Sabbath, Iced Earth, System of a Down, and more.

Worst Week Ever 0
Every Time James Hetfield Laughs in a Metallica Song, Iced Earth Parody Band Flattened Earth, and More Stories You May Have Missed This Week
March 5th, 2021 at 5:00pm MetalSucks

Metal Sucks Greatest Hits
0 -
Twelve Reasons Babymetal are the Single Best Thing to Happen to Metal in the Past Decade
0 -
Nazi Imagery: Why Watain and Marduk Don’t Get a Pass While Slayer and Metallica Do
0 -
Former Attack Attack! Bassist John Holgado is the Stupidest Human Being Ever
0 -
Watch an Old Lady Rock Out to AC/DC’s “Highway to Hell”
0 -
Converse Rubber Tracks x MetalSucks: Everything All in One Place
0 -
Photos of Metal Musicians When They Were Kids