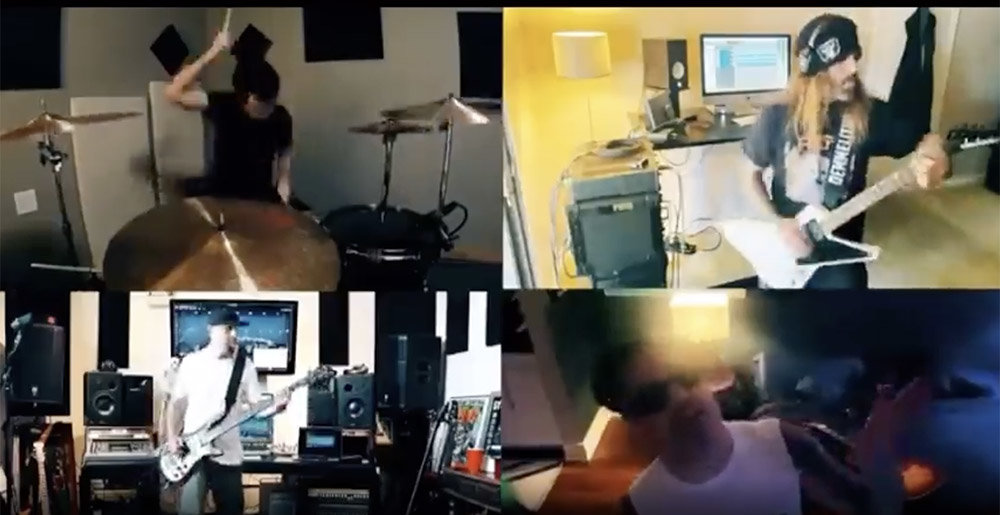 History has a funny way of reinventing itself. When Stone Temple Pilots burst onto the scene in 1992 with their hit-packed debut, Core, they were largely rejected by older music fans, especially metalheads who reviled everything grunge. But the passage of time tends to smooth over those kinds of preconceptions and let great songs shine, and hoooo boy did STP have great songs, tons of ’em, some of which were decently heavy bangers. And here we are with some bona fide metal dudes covering one of them.

The lineup on this cover of Core’s explosive album opener, “Dead & Bloated,” is as follows:

I’ve always loved the deliberate plod of this particular track — it seems like it wants to go faster, but the band holds it back — and this version emphasizes that element, a few ticks even slower than and tuned down from the original to my ears. The mix comes courtesy of the golden-eared Jay Ruston (Anthrax, Corey Taylor, etc.).

But What Does Corey Taylor Think? 0
Corey Taylor on Slipknot’s Future: “We Can Just Do Whatever We Want And Not Be Beholden To Anybody”
September 28th, 2022 at 3:49pm Hesher Keenan

Metal Sucks Greatest Hits
0 -
Who are teh “BIG FOUR SCENE BANDS”????
0 -
Why There Will Never Be Another Metal Band as Big as Metallica
0 -
Website Photoshops Dogs in Place of Bass Guitars Because Why Not?
880 -
The Looks That Kill: God Forbid’s Doc Coyle on the Role of Image in Music
0 -
Metal Musicians Reacts to Maroon 5’s Lame Super Bowl LIII Halftime Show
0 -
Video: Killswitch Engage’s Adam Dutkiewicz Wins Everything on The Price is Right