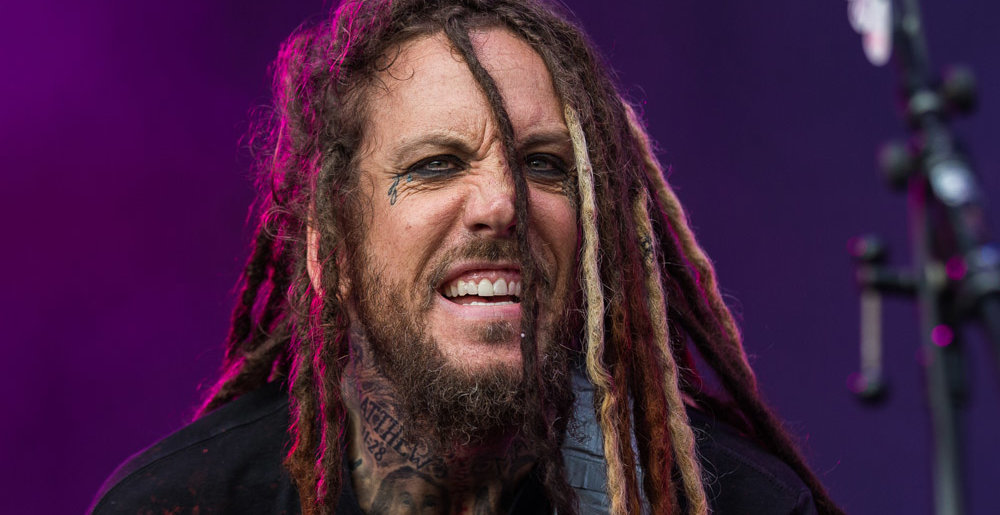 Korn’s Brian “Head” Welch: “I Went Too Far” With Christianity

Brian “Head” Welch wasn’t the first metal musician to find God, but he may have been the most famous. When the Korn guitarist left the band in service of Jesus in 2005, it was a big deal. Like, “Korn Gave Head to God” shirts became surprisingly popular for a while (not the most clever word play, but for Korn fans, pretty good).

Welch also isn’t the first Christian metal musician to decide he needs to leave room between himself and the Holy Spirit for the fans (not the most clever word play, but for some schmuck blogging about Korn, pretty good), but, again, he may be the most famous.

While Head hasn’t completely disavowed Christianity, he has admitted that he initially “went too far” with his religious convictions.

Welch, you’re likely aware, became born again after kicking a serious drug habit. That’s also a common story, inside and outside the world of rock music, and sometimes suggests that people have simply traded one addiction for another. So when Welch recently appeared on Robb Flynn’s No Fuckin’ Regrets podcast, the Machine Head mastermind asked him if religion had, indeed, become his “new addiction” after he kicked his drug habit. To which Welch replied:

“The crazy thing is I had an experience with something from another dimension. And it wasn’t the religion — going to church and being a good boy — it was, like, I felt something come into my house, and I can’t explain it to this day. But I believe that it was Christ doing something in me. So that was real — that was very real. But yes, I think I went too far with it. And I got obsessed with it, just like I was obsessed with the drugs. I believe I did, for sure. And I had to come out of that and find normalcy, because there’s nothing worse than a freakin’ irritating religious person just shoving it down your throat — there’s nothing worse than that. And you saw it on the documentary [Loud Krazy Love], Jonathan’s [Davis, Korn singer], like, ‘I hate those motherfuckers.’ People can’t stand ’em. And for years, we’ve had those Christians outside of Korn concerts, saying Korn of the devil, and all this. It’s crazy — it’s a crazy thing. But I’m just glad I got through it. And I’m glad that I am who I am now, and I have a lot of peace and rest for my soul. I feel very leveled and at peace with myself.”

That is… perfectly reasonable. Like, so much so that I’m not even gonna make a joke about how when Head thought Christ was doing something in him he probably just had indigestion or something. You’ll find nothing but thumbs in the air from this guy.

This comment puts Welch on a roll of being rational: last month, he called encores “cheesy,” and admitted that Korn plays them only out of obligation. Not the most revolutionary sentiment, but for a member of Korn, pretty good.

You can listen to the entire interview with Welch below. His other band, Love and Death, have a new album called Perfectly Preserved out now on Earache. You can stream it at the bottom of this post, and/or purchase it here.

Metal Sucks Greatest Hits
300 -
Free Download for Your Listening Pleasure: NYC Sucks, Volume 2, Featuring The Best of New York City’s Metal Scene
0 -
Twelve Reasons Babymetal are the Single Best Thing to Happen to Metal in the Past Decade
0 -
Joey Jordison Claims He Was Fired from Slipknot Via a Singing Telegram
370 -
Rigged: Devin Townsend’s Massive Live Rig, Piece By Piece
0 -
The formula 4 good music: Generic, but with a gimmick (*please read*)
0 -
36 Seconds of Hell on Earth: Video from the Guitar Center Grand Opening in Times Square