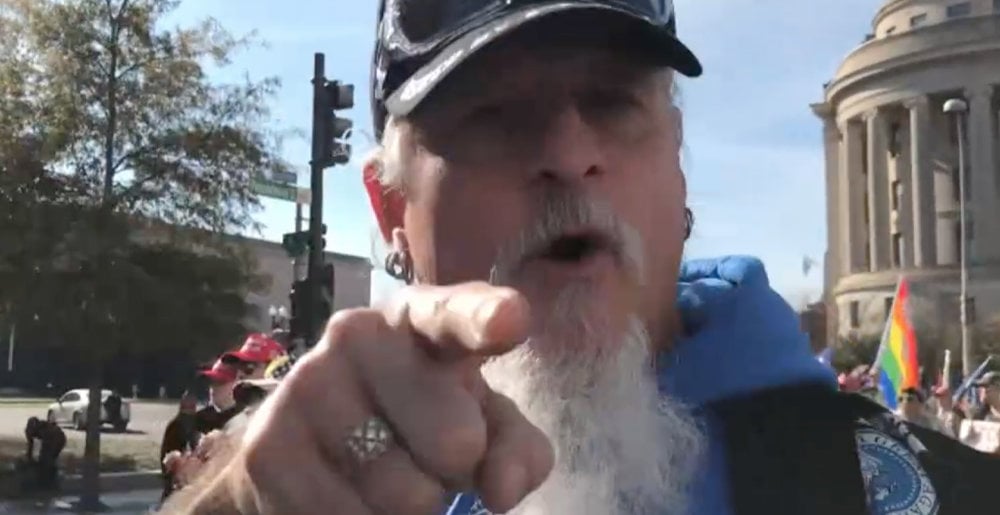 Attorneys acting on behalf of Iced Earth founder Jon Schaffer have filed a motion to dismiss all charges leveled against him for his role in the U.S. Capitol riots on January 6, claiming “no indictment or information has been filed within the time limit required.”

Official court documents obtained by MetalSucks show that Schaffer (through his attorneys), citing 18 U.S.C. § 3161(b), known as The Speedy Trial Act, claims that the government has failed to file an Information or an Indictment within 30 days of Schaffer’s arrest (by February 18, 2021). The motion specifies that “The Government has not filed either an Information or Indictment and the Complaint must be dismissed.”

As of March 8, Schaffer was still being held in the same Marion County, Indiana jail he has been in since turning himself in on January 17, a time period of 48 days.

An article on Politico published today, March 10, indicates there is a backlog in cases related to the January 6 Capitol riots resulting from the sheer number of them. “The Justice Department and the courts are going to extraordinary lengths to prosecute and process hundreds of people who allegedly breached the Capitol on Jan. 6,” it says, detailing that prosecutors have been brought in from other districts to help with the caseload. For context, the article says, the U.S. Attorney’s Office in Washington has in 2021 so far handed down less than 20 federal prosecutions that aren’t connected to the Capitol assault, a number representative of the office’s usual caseload. It is currently tasked with handling more than 250 related to the Capitol breach.

Schaffer is awaiting extradition to Washington D.C. where he is to be tried along with other participants in the January 6 riots. He waived his preliminary hearing and his rights to an identity hearing and production of a warrant on January 22. U.S. Magistrate for the Southern District of Indiana, judge Mark Dinsmore, signed an order for Schaffer to appear in D.C.’s district court, but the extradition has not yet taken place.

Metal Sucks Greatest Hits
0 -
Why are metal fans hopelessly stuck in the past??? :(
0 -
What Will Happen When a Member of Metallica Dies?
0 -
Exclusive Interview: John Baizley of Baroness on the Bus Crash, Recovery and the Future
0 -
G.O.A.T. and Your M.O.M.’s “Quack like a Duck” Justifies Humanity’s Entire Existence
250 -
Worst Year Ever: All of Our 2011 Year-End Sh*t in One Place
0 -
Viral Drummer Nandi Bushell Pays Tribute to Taylor Hawkins: “Thank You for Looking After Me”