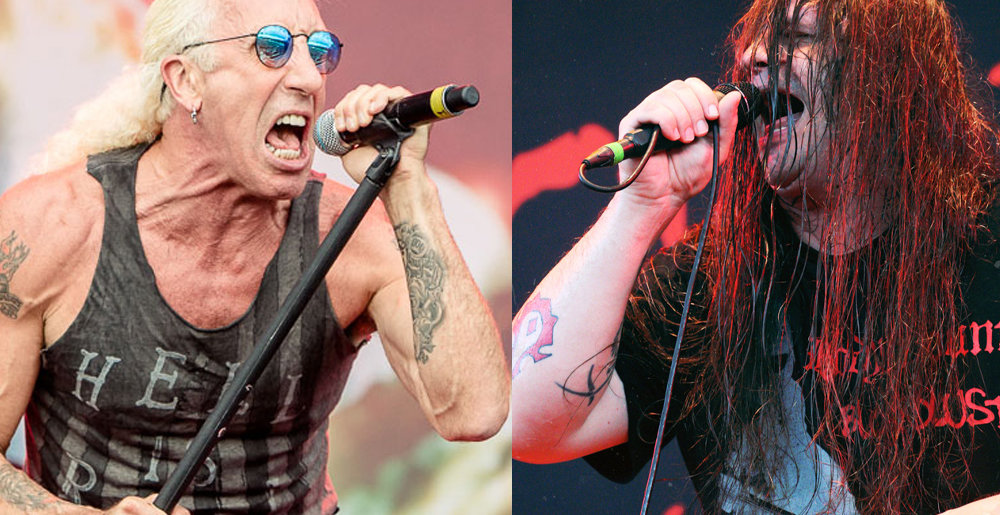 Dee Snider’s Hair and Corpsegrinder’s Neck, Together at Last

If you weren’t already excited for Dee Snider’s latest Jamey Jasta-produced album, Leave a Scar, this oughta rev you up: it will include a “duet” between the Twisted Sister singer and Cannibal Corpse frontman and possessor of the greatest neck in history, George “Corpsegrinder” Fisher.

HOLY HELL!! Just heard mix of a duet (if you can call something this brutal that) with me and #corpsegrinder of Cannibal Corpse for my next album! “Time to Chose” is BEYOND HEAVY! @jameyjasta@CorpseOfficial#HAAAAAARD !!!

We don’t have any additional details at this time, but I’d like to second this dude’s sentiment:

Snider’s last Jasta-produced outing, For the Love of Metal, featured guest spots from members of Killswitch Engage, Lamb of God, Arch Enemy, Toxic Holocaust and more. Presumably, Jasta is helping him curate these cameos, but still… it’s always nice to see an older dude who doesn’t seem totally stuck in the past.

We don’t know when Leave a Scar will be released, but if they’re mixing it, it’ll presumably be out later this year.

Meanwhile, Cannibal Corpse will release a new album, Violence Unimagined, on April 16 via Metal Blade. It will be the band’s first album with longtime producer Erik Rutan (Hate Eternal, ex-Morbid Angel) as their new guitarist, replacing Pat O’Brien. Check out the first single, “Inhumane Harvest,” below, and pre-order the album here.