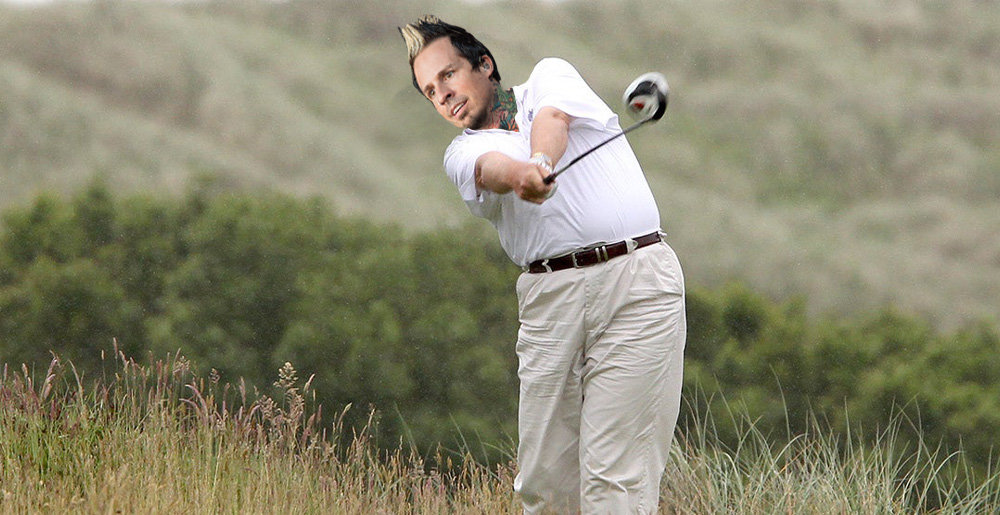 Last year, former Five Finger Death Punch drummer, sometimes pig, and kinda-sorta pornographer Jeremy Spencer launched a new band, Psychosexual. They were moderately better or moderately worse than FFDP, depending on who you ask. Regardless, they weren’t very good.

Or, at least, I think they weren’t very good. You may have a different opinion… although if you haven’t heard Psychosexual yet, you may not be able to form that opinion quite yet.

It seems that Spencer has yanked down all the previously-released Psychosexual material so he can “reboot” the project. Because, hey, it works in Hollywood!

“When you make records, they’re like snapshots in time. We made the first thing pretty fast, and I just threw it out independently. And we had started the next record right away, and [upcoming single] ‘Devil From Hell’ happened. And I’m, like, ‘Fuck, man. I really like this. I wish this would have been the first thing that we dropped.’ So it’s, like, you know what? Nobody even really knows much about the other music, which I do like, but I think this is more appropriate of where we kind of wanna debut; this is what I wanted to be the first thing. So it’s kind of like a reboot — we’re starting over. I’ll release the other music down the road again, but this second record will technically be our first.”

A lot of bands take an album or two to find their footing — look how much Metallica, Slayer, and Anthrax all grew in just the span of a few records! — and a couple of bands have changed their name and rebranded themselves after one or two albums (Apiary became Early Graves, This is Hell became Extinction A.D., Loudermilk became Gosling, etc.). But I can’t think of a time when a band has ever been like, “Just kidding! That didn’t count!” before. So that’s, uh, interesting.

Unfortunately, unlike movie franchise reboots, the Psychosexual reboot doesn’t arrive with an entirely new creative team that has a fresh new take on the material. Expect this to be more Terminator 3-but-Really-6 and less Batman Begins.

Psychosexual’s “debut” single, “Devil From Hell,” is due later this month. In the meantime, you can listen to the entire interview below.