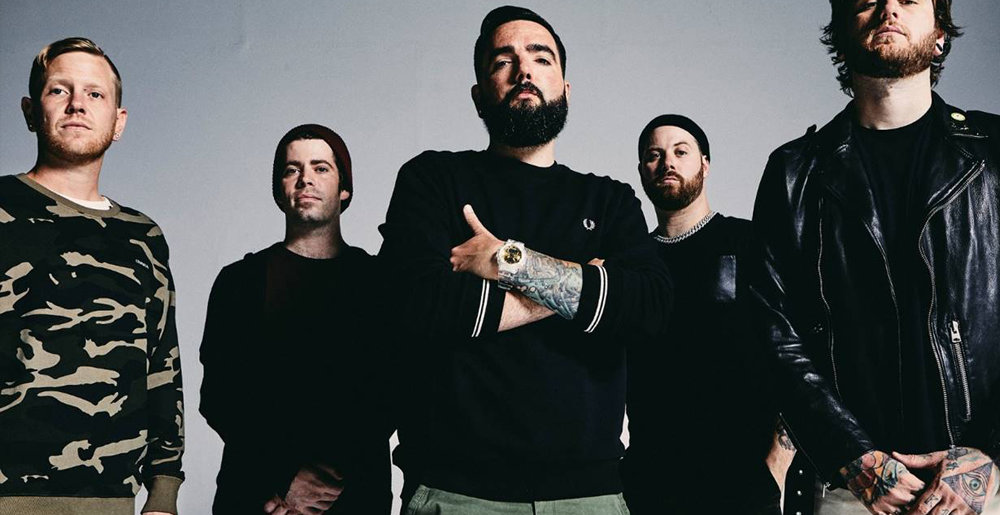 Poll: What Do You Think of A Day to Remember’s New Album, You’re Welcome?

A Day to Remember’s new album, You’re Welcome, finally came out on March 5 after myriad delays, and from what I understand it’s caused quite a controversy among the band’s fans. I say “from what I understand” because I’ve seen a ton of posts on social media defending the album against alleged vitriol from longtime fans, but I haven’t actually seen the source material. Not that it’d be surprising if old school ATDR fans are up in arms: bands in the heavy music space who venture into new territory are most often rewarded with a ton of backlash.

As for me, I’m really enjoying You’re Welcome! But, admittedly, I’ve never paid this band much attention in the past, so I don’t really have the context. What I do know is that it’s got a bunch of really catchy songs on it, it’s a nice break from the steady diet of Brutal-Os I usually ingest, and I’m into that right now.

So, I leave it to you, A Day to Remember fans who have more history with the band than I: what do you think of You’re Welcome?

Enjoy the band’s new video for “Everything We Need” below while you mull that over and cast your vote.

Breaking the Law 0
A Day to Remember Bassist Involved in 2017 Car Crash That Killed a Man
October 21st, 2021 at 8:42am Vince Neilstein

The story was not picked up by the metal media when it happened.

Metal Sucks Greatest Hits
0 -
Type O Negative’s Peter Steele Once Punched Chino Moreno In The Face for Inciting an Onstage Riot
0 -
Video: Jon Bon Jovi Mangles “Livin’ On A Prayer” During Nashville Show Opener
0 -
Science Explains How Metal Singers are Able to Scream Without Damaging Their Vocal Cords
1480 -
Being in a Band is for Losers [Scientific Proof]
0 -
Metallica Release Official Animated “Master of Puppets” Lyric Video
0 -
Twelve Reasons Babymetal are the Single Best Thing to Happen to Metal in the Past Decade