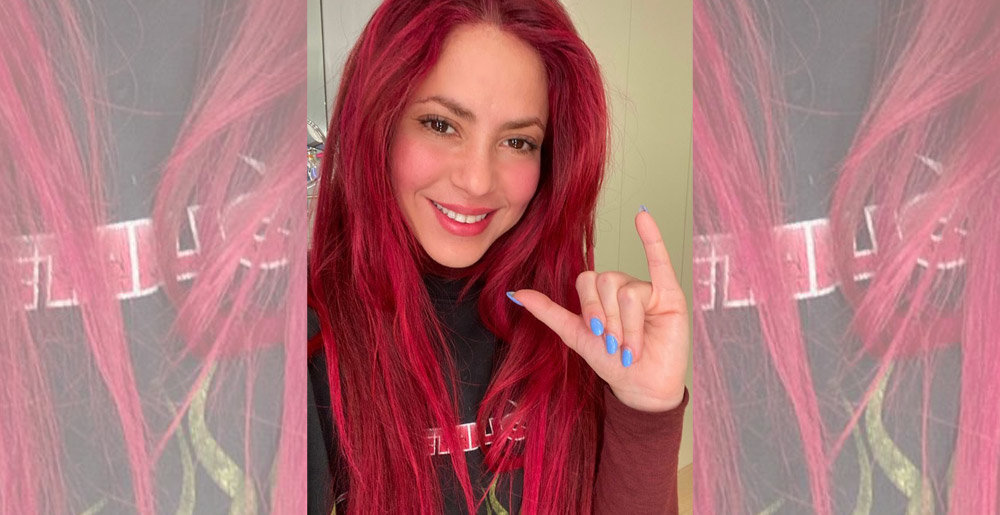 “I bet she couldn’t even name the original title of the B-Side from their first demo!!!” – Internet Metal Nerds everywhere, anytime a celebrity or pop star (especially a woman) reps metal publicly.

“Wow, that’s sick, Shakira just shouted out Metallica to her ONE HUNDRED AND TWENTY THREE MILLION combined followers! If just 1% of them feel inspired to check out Metallica for the first time, that’s 1,230,000 potential new metal fans.” – everyone else

And so: let the internet raging begin, as Colombian pop star Shakira shared a quick tribute to Metallica on both her Twitter and Instagram profiles on Tuesday.

“On Tuesdays we listen to Metallica and paint our nails fluorescent blue,” she wrote, a Metallica shirt poking through her dyed bright red hair as she displays the surf’s up hand sign instead of the metal horns (whoops).

This isn’t the first time Shakira has repped Metallica. The singer has long featured “Nothing Else Matters” in a medley included in her live set, immortalized on her 2011 release, Live from Paris. You can watch that below, underneath her most recent tweet.

Now: commence the raging because Shakira messed up the hand sign.