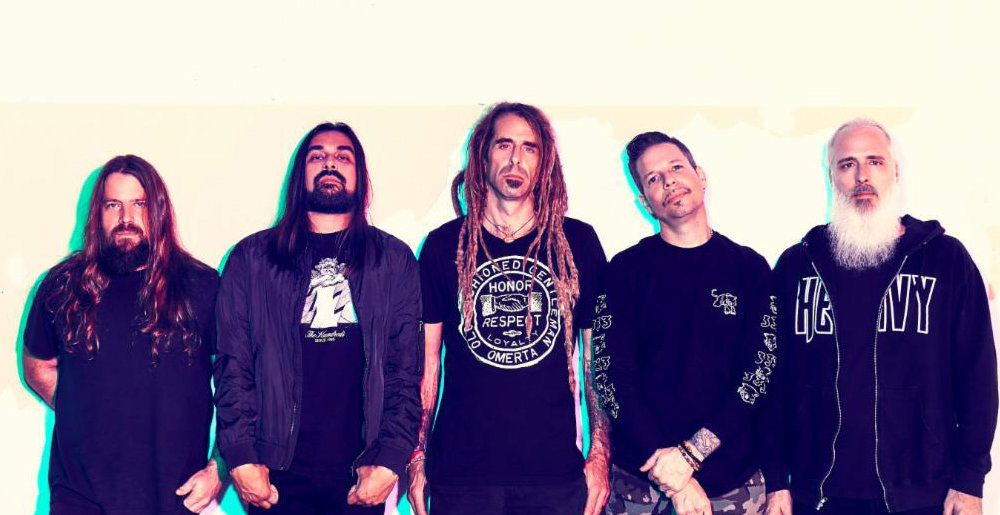 Lamb of God have premiered the official video for “Memento Mori (Live)” from the Lamb of God: Live in Richmond DVD, which is part of the upcoming Lamb Of God (Deluxe Version) set.

The set features the band’s self-titled 2020 album with two bonus tracks and a live version of the album, along with a DVD featuring the first of Lamb of God’s two livestream events from the fall. In addition to performing Lamb Of God in its entirety, the performance features an encore of four songs including “Ruin,” “Contractor,” “512,” and the debut live performance of “The Death Of Us,” a new song the band wrote and recorded in quarantine for the Bill & Ted Face The Music movie and soundtrack. The DVD also includes a new director’s cut with bonus material. Digital copies will contain only Disc 1 and Disc 2. A separate vinyl edition of Lamb Of God – Live From Richmond, VA will also be available.

“This album, and in particular, this deluxe edition is something I’m incredibly proud of. Throughout the process of writing, recording, and the subsequent filming of the livestream, I knew we were creating much more than a collection of songs. Much more than a simple streamed performance. This was focused energy. Energy that, to me, is very tangible. And now, more than ever, in an era where human interaction is so limited, art…..be it music, visual, or otherwise, is a human connection point. And we need as much of that as possible! I hope everyone enjoys this deluxe edition as much as we enjoyed creating it. Thank you.”

Watch the video of “Memento Mori” below. Lamb Of God (Deluxe Version) comes out on March 26 via Epic Records; pre-order here. The band released a new music video for the song “Ghost Shaped People” last month that features live footage from the set and is also included on the DVD; watch that here.

Sponsored Links from Across the Internet
Show Comments
Related Articles
News 0
Randy Blythe Shares What He Feels is the “Most Complicated” Aspect of Being in a Successful Band
December 28th, 2022 at 3:43pm Hesher Keenan