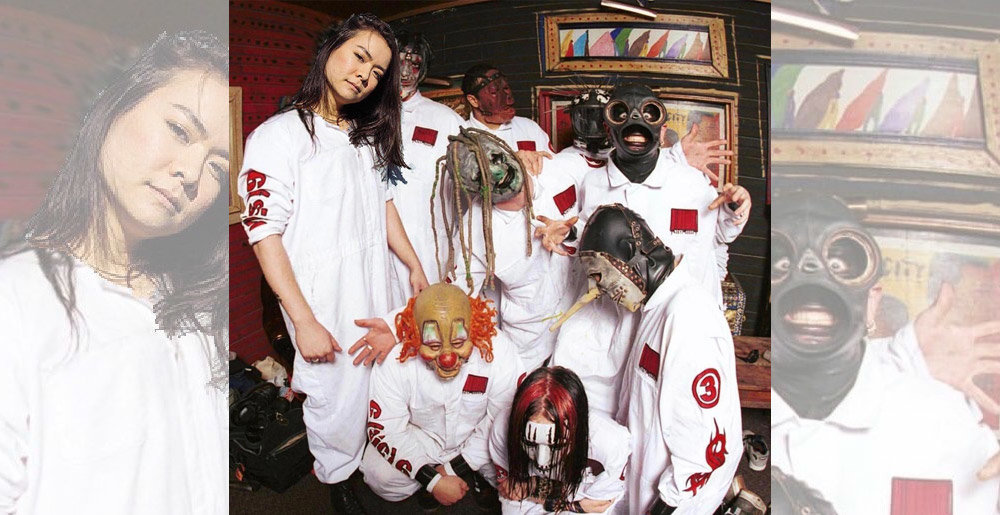 Metalheads are a more varied bunch than we’re often given credit for. Show me some hesher who constantly fills his earholes with the most brutal shit possible, and I’ll point to five more that regularly jam not only Cattle Decapitation, but anything ranging from Steely Dan to Fetty Wap to La Bouche to Maren Moris.

Often those worlds exist only inside our own personal listening spaces, but one intrepid internet savant has chosen to do something about his disparate musical tastes, combining his deep love for both Slipknot and singer-songwriter Mitski into one glorious video.

YouTuber Online Boy, who also goes by mrxbergstrom on Reddit, first revealed his passion for both artists in a post on the Mitski Subreddit several months back, saying:

“I’m pretty certain that I’m the only person whose two favorite bands are Slipknot and Mitski.

“I’m even more certain that I’m the only person who’s spent a significant amount of time thinking through/fantasizing about the details of a Mitski/Slipknot collaboration, both live and studio.

“ME: No, for real though, having Slipknot back her up as she plays Geyser? Their two percussionists playing those tom parts?? That would fucking rule! Or Mitski singing the melodic hook in Nero Forte, or doing a duet with Corey on Vermilion Pt 2? Their voices would mix so perfectly!”

Fast forward in time, and our hero has decided to put the time and effort into making his dream a reality with a cover of Mitski’s “Francis Forever,” sung by Online Boy on video while wearing a Slipknot jumpsuit. That’s it, that’s the whole gag — he’s just singing the song while wearing an early-era orange outfit (the fictional #10). What’s more, Mr. Boy covered the music himself, too, using a 7-string guitar to bring the song down a bit and somehow making it even chiller than the original.

Commenting on the video, he says:

“Literally nobody else was ever going to make this video. You could run a thousand-year simulation of earth one million times and only in this reality would someone make this video. I don’t know why I did it, but I felt like I didn’t have a choice. Thanks to Mitski for writing Francis Forever, an absolutely perfect song, and thanks to Slipknot for creating the sickest aesthetic of all time.”

Stick with the video ’til the end for a special surprise that would make Corey Taylor, the Giver of Life Himself, quite proud. Visit Online Boy on all platforms here.

Thanks to MetalSucks reader Brett M. for sending this one in!