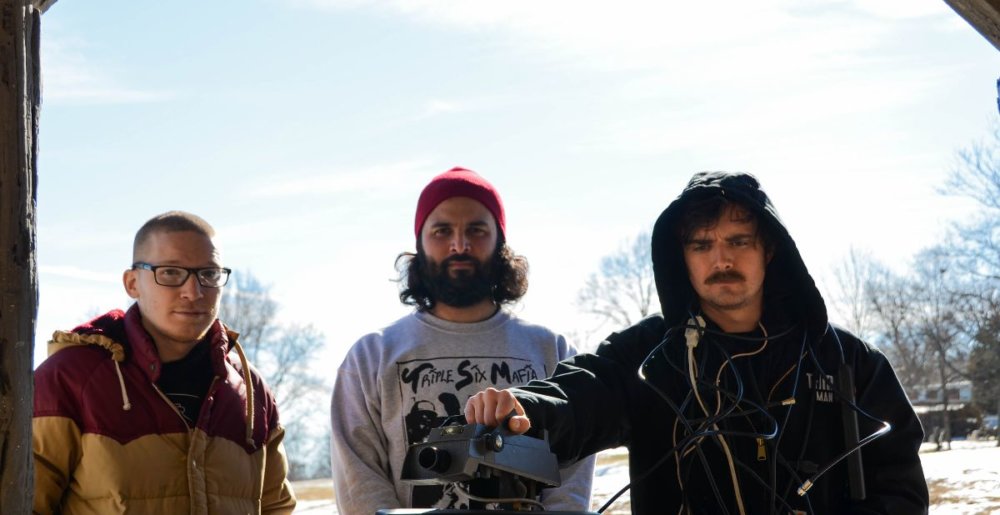 Yautja have been on our rader for a number of years, but it was the band’s 2018 tour with Revocation, Exhumed and Rivers of Nihil that cemented them in my brain as new favorites. I’d been digging the EP that came out a year earlier, dead soil, so I made sure to arrive early to that show to catch the band live, and… yooooo, dudes absolutely RIPPED it! Death metal three-pieces are a rare bird, and there’s something special about Yautja’s approach to composition no matter three members or thirty. That so much noise and wizardry could come from a trio only makes it all the more impressive.

Yautja’s legend as purveyors skronky, proggy death metal has only grown since then, and now they arrive with a new single, “Tethered,” the first from their forthcoming album, The Lurch. It’s got all the raw, tech-y goodness you seek, O Yautja Fan, and if you’re new to this band and you’ve made it this far into the article I probably don’t need to sell you any harder. Just hit play on that there video below.

The band comment on the new track and new album:

“We’ve spent a lot of time working on these songs and after sitting on this recording for a clusterfuck pandemic of a year, we couldn’t be more ready to share this with the world.”

The Lurch comes out on May 21 via Relapse; pre-order here.

Last year saw Portrayal of Guilt release not one but […]

Metal Sucks Greatest Hits
0 -
For $16,000, Ted Nugent Will Stay the F*ck Away From Your Town
540 -
Glenn Danzig Shops for His Own Kitty Litter
0 -
What in the Mother of F*CK Did I Just Watch???
540 -
Matt Pike’s Top Ten T-Shirts
1220 -
MetalSucks Exclusive: One Year Later, Peter Steele’s People Speak About His Life, His Music, and His Last Days
0 -
That Time Shaun Got Drunk and Filmed a Music Video with His Cat