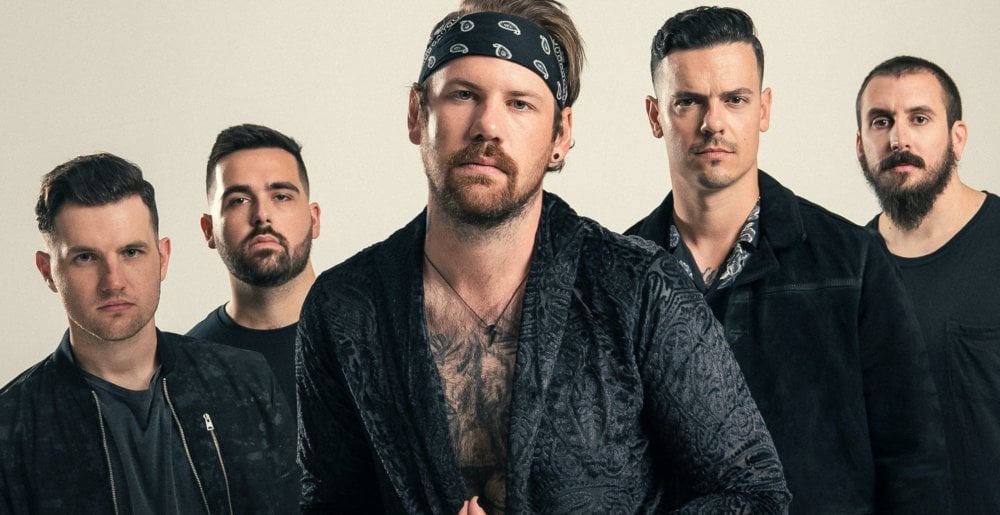 Beartooth Drop “The Past is Dead,” Announce New Album, Below

Following last week’s surprise-release of a new single, “Devastation,” Beartooth have unveiled another new track, “The Past is Dead,” and announced their forthcoming album, Below.

In July 2020, frontman Caleb Shomo told Kerrang! of the material he was working on at the time for the band’s next album:

“Everything is amped up to 11. I am so, so pumped. Obviously, this is what you wanna think when you’re making a record, but damn, this is the best one yet. Not even close. This is the heaviest record. This is my best work – the most proud I’ve been of these songs. It’s wild. It’s some heavy-duty shit.

“If ‘Disease’ was AC/DC, this record is Black Sabbath.

“It’s a lot more influenced in dark stoner rock, heavy power groove. Obviously, there’s still a lot of fast [stuff] and some punk rock and all that, but I’ve really been exploring with the stoner metal side of guitars and guitar tones and doing different tunings and lots of fuzz and chaos and layering the fuck out of my guitar tracks.

“The whole point, for me, of this mix and the sonics of this record is as big and loud and fucking sonically devastating as I can possibly get it. So on a breakdown, for example, where on ‘Disease’ it would just be left guitar, right guitar, bass down the middle, this is literally… That little clip I posted [on Instagram] is I think eight guitars, three bass tracks. Just experimenting – just doing dumb stoner shit and just trying my fucking best. Yeah, that’s the goal – is just sonic devastation, for sure.”

You can listen to “The Past is Dead” below along with a music video. Below will arrive on June 25 via Red Bull Records; pre-order the album here.

The trek will run from late March through early May of next year.

It’s the fourth song to be released from their upcoming album, ‘Below.’