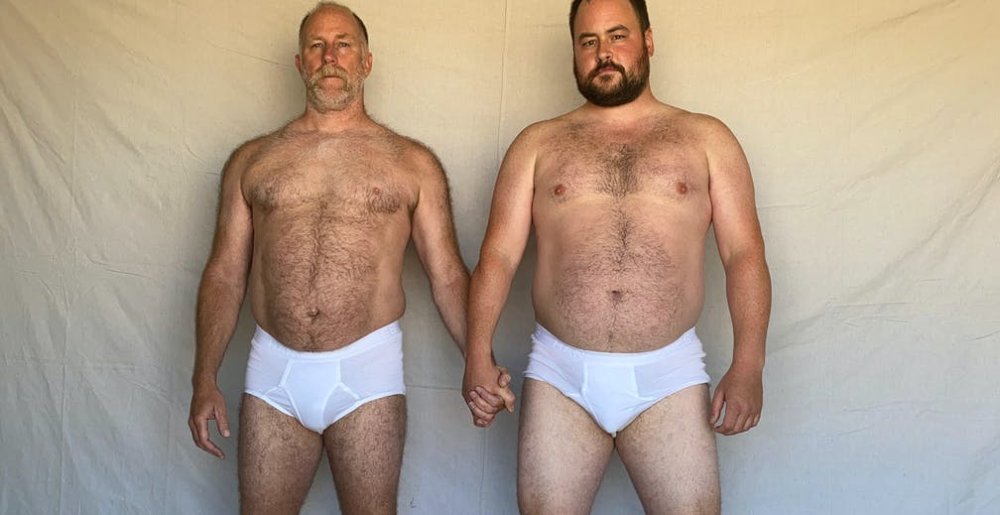 Man on Man, the new project from Faith No More keyboardist Roddy Bottum and his partner, Joey Holman, hasn’t done that much for me to date. Bottum is one of my all-time heroes, but the duo’s previously-released singles — “Daddy,” “1983,” and “Baby, You’re My Everything” — all leaned a little indie rock for my taste. I didn’t think it was bad. It just wasn’t my brand of tighty whities.

But now the band has released another new track, “Stohner” (not a typo), and this, this I fucking LOVE.

It’s much more of a shoegaze song than the other material they’ve put out; the lyrics aren’t depressing (they’re actually both sweet and funny), but the music sure is mopey as fuck, in the best possible way. It makes me wanna put on a hoodie, pull the hood tight down over my head, and strenuously avoid eye contact with anyone (I FEEL LIKE A TEENAGER AGAIN!). It also has some really rad harmonized vocals and a sci-fi-ish keyboard solo that makes sure the song appeals to actual stoners (or at least actual Stohners).

As a bonus, the song arrives with a Brendan McGowan-directed music video that’s kinda like a less-frightening version of that scene in Being John Malkovich where John Malkovich enters his own mind. You can watch that below.

Oh, right, I kinda buried the lede here: the band have announced that they’ll release their debut full-length, also called Man on Man, on May 7 via Polyvinyl Records (U.S.) and Big Scary Monsters (Europe). Pre-order/pre-save it here. The track list is as follows:

Sponsored Links from Across the Internet
Show Comments
Related Articles
This Sucks 0
Mike Patton on His Struggle with Alcoholism: “The Drinking Just…Happened”
October 20th, 2022 at 10:28am Hesher Keenan

Editorials 0
To Be a Good Vocalist, Mike Patton Suggests You “Be a Part of the F*cking Band”
October 7th, 2022 at 1:20pm Hesher Keenan

A man of his talents should be listened to at all costs.

Metal Sucks Greatest Hits
0 -
Advanced Discrimination & Dragons: A Critical Look at Varg Vikernes’ Myfarog RPG
0 -
Video: Dudes Rockin’ Out to Van Halen Meet David Lee Roth, Have No Idea Who He Is
0 -
Listen: Every Dillinger Escape Plan Song Played At Once
0 -
Scientific Proof That Djent is a Genre
0 -
That Time Shaun Got Drunk and Filmed a Music Video with His Cat
0 -
Video: Rings of Saturn Guitarist Lucas Mann’s Criminal Abuse of Guitar Pro