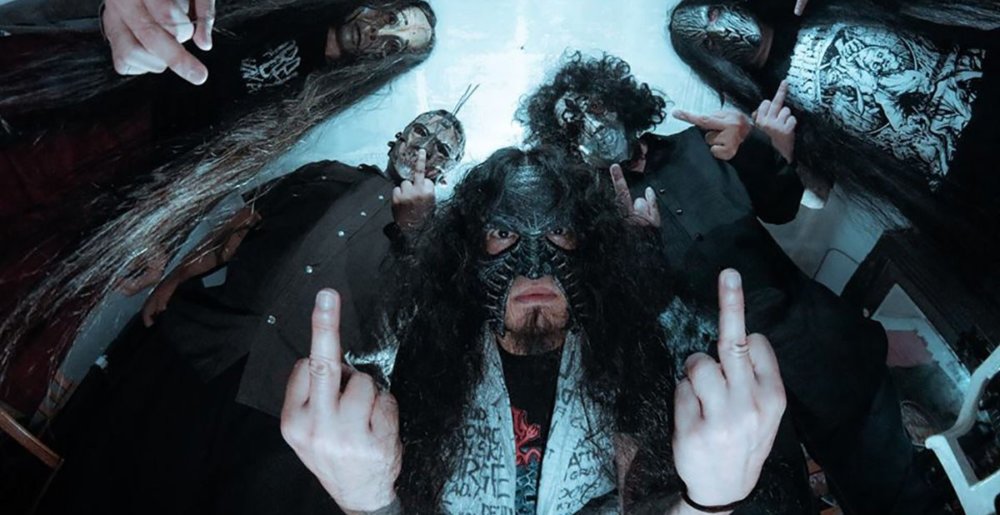 Tubero, from the Philippines

Once this Covid-19 nightmare is a distant memory, as hard as it might be to imagine now, you’re going to be traveling again. Whether you’re visiting Angkor Wat or The Marina Bay Sands hotel, you, with metal always lurking in the sub-levels of your mind, are going to be wondering if there are any local metal bands to check out.

You may want to plan your vacation around one of the metal festivals in Southeast Asia, Singapore Rock Fest (Singapore), The Pulp Summer Slam (Philippines) and Hammersonic (Indonesia) being the three biggest. But if the timing doesn’t work out, you might be lucky to catch one of these sick regional bands are playing.

While the culture and traditions vary from country to country, these bands from Southeast Asia share one thing in common: being brutal as fuck.

More than just temples, beaches and the expat-littered Khao San Road, Thailand can be a fascinatingly dark and lurid place. Take a stroll through the various Hell Gardens to get a sense of some otherworldly torture. Pathological Sadism’s brutal death sounds as if it could be the soundtrack to such a scene; imagine hapless men climbing a thorny “adultery tree” as dogs bite at their open wounds while the band’s brutal death metal eggs them on to get to the top.

Who said Hanoi rocks? Infecated are an old school death metal band from Saigon who take their cues from the book of Obituary and old Cannibal Corpse, with catchy but brutal riffing and chalk-mouthed vocals. The track we see here, “Infected Soul,” is a catchy little number with the barked lyrics, “Deafened by shamelessness / Blinded by jealousy / Muted by arrogance / Infected Soul.” Their demo, Predictable Death, is a glimmer of what’s to come from the band.

Slumdog metal band Doch Chkae, meaning “like a dog,” stem from the literal rubbish dumps of Phnom Phenh (Stung Meanchy), and have fought like dogs to make it to the level they are at today, eventually playing Wacken 2019 after failing to get a visa in 2018. They speak of a divine canine — the dog-god — and in their video for “Kam Knea Doch Chkae,” are found ripping through the track whilst on leashes and in cages. The lyrics fetch back accordingly: “You’re the king of dogs / You eat shit like dogs / One day we will fight each other like dogs.”

Out of all of the Southeast Asian countries listed here, Myanmar (or Burma) has proven itself the most elusive when it comes to fostering brutal metal. But let’s not kid ourselves; brutality lives everywhere, and hidden in the humid city of Yangon in Myanmar you can find Senanga Privuta, a band that has found solace in brutal as fuck breakdowns simmering under a demonic smoker’s throat vocals. Their album art takes from Buddhist hell, featuring a hungry ghost devouring souls but remaining ever hungry.

Singapore is a pristine little island which attempts to be a modern-day utopia. Unfortunately, the Singaporean authorities at times don’t view certain music performers as a good influence on its citizens, and metal concerts are often canceled (see the recent Watain and Soilwork incidents). In spite of this, Singapore has produced one of the most vicious grindcore bands on the planet, and likely the best-known of the region’s metal bands. Wormrot are a battering ram of grindcore jams with a keen ear for rhythmic hooks that caught the ears of Earache records. Their unhinged jams have brought the band to venues and festivals worldwide.

The amount of slam bands in Southeast Asia is certainly on the rise. The people here have studied what makes the sickest noise possible and have put it to practice! The sadistic self-destructive slam of Bunuhdiri is accompanied by the ever-popular lyric video; here, the delight in self harm is presented in crude sing-along fashion. “Of sadistic pain / Slowly I cut my finger / And feed it to the dogs / Acid been poured to my skin / It’s itches pain and satisfying / Slam my toe with hammer / Let it swollen oh it’s so sweet / I am sick of normal living (sic).” I think that says it all.

Indonesia is a veritable hornet’s nest of pig squealing and buzzsaw guitar-wielding slam and grind maniacs. For every island in Indonesia, there is probably a slam or death metal band to accompany it. Aside from the bands, there are countless festivals, the best known of which is Hammersonic in Jakarta. Here we focus on worthy up-and-comers Hysterorrhexis. Those maggots writhing in the wound on their album art can do no wrong, and at times it feels as if they are about to wriggle through the headphones on the tail end of the reckless blast beats of their timely track, “SARS – CoV 2.”

What is there to scream about regarding life in the Philippines? You wake up, hear a motorcycle revving outside of your window, the neighbor laughing at her TV, hungry dogs barking and some uncle singing his favorite ballad via a portable KTV studio. Tubero have had enough of that shit! In their animated video for “Kapitbahay,” the band’s vocalist wakes up and shouts what will be chanted throughout the entire song, “Mga kapitbahay putangina niyo!” which translates to “All my neighbors. I love you all.” Snicker. Tubero come across something like a Filipino version of Brujeria — grindcore with a distinct twist based on the region they are from — incorporating slang and humor which is refreshing for the locals, while foreign listeners scramble to understand the joke.

Metal Sucks Greatest Hits
0 -
Which Bands are “The Big Four of Death Metal”???
0 -
BREAKING: Some Local Band Called Shrapnel are Tired of You Leaving the Show Before Their Set
7810 -
Does Anyone Know What the Hell Clown from Slipknot Is Talking About?
0 -
I Watched Rock of Ages so You Don’t Have To
690 -
Let’s Argue About Iron Maiden Album Art
660 -
KNEEL BEFORE THE POWER OF ELEPHANTS MARCHING RIFFS