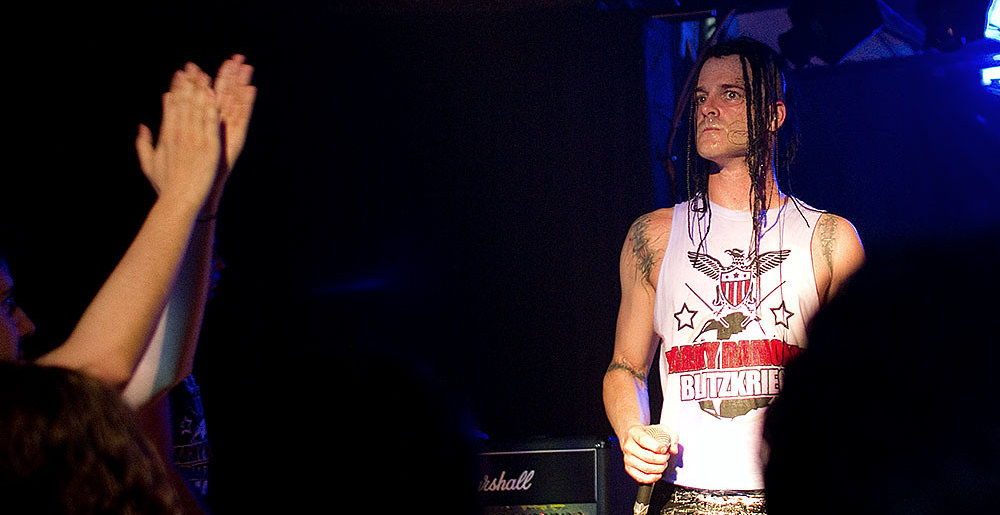 Former Misfits singer Michale Graves (né Michael Emanuel) may be called as a witness in the trial against four Proud Boys leaders involved with the January 6 riot at the U.S. Capitol.

Graves, who is himself a member of the Proud Boys, is a vocal supporter of Donald Trump and posted a photo of himself posing with far-right conspiracy theorist Alex Jones in recent weeks, fronted the Misfits between 1995 and 2000.

Attorneys for the defense may seek testimony from Graves as a means of supporting their argument that the Proud Boys did not plan any kind of hostile government takeover. Graves claims he was in Washington D.C. on January 6 at the request of the Proud Boys to perform a private concert that afternoon, which the defense may argue would not have been planned had a hostile attack on the Capitol been in the works.

Speaking to Reuters, Graves, who joined the Proud Boys last year, claimed he did not believe the group was capable of orchestrating such an organized initiative. “These guys have a hard time getting an order together for McDonalds,” he said. Arturo Santaella, Graves’ manager, who was with him in the capital, backed up that sentiment, saying, “They are not this well-oiled machine.” Attorneys for the Proud Boys also plan to submit as evidence messages from the Telegram app which they say bolster their claim that there was no premeditated plan to storm the Capitol.

Graves says he and his manager traveled to Washington D.C. on January 5, the day before the riot, and met up with Ethan “Rufio” Nordean, a prominent figure in the Proud Boys and one of the defendants charged with conspiracy. He performed at a “Latinos for Trump” rally on the morning of January 6 before the Capitol attack unfolded but says he “ghosted” the second planned performance when things turned violent.

Graves is not the only prominent musician from the heavy music community entangled in legal proceedings resulting from the raid on the Capitol. Iced Earth frontman Jon Schaffer remains in custody to stand trial for his role in the riot as well.

You can read more over at Reuters.

All signs point to Texas!

Metal Sucks Greatest Hits
0 -
Type O Negative’s Peter Steele Once Punched Chino Moreno In The Face for Inciting an Onstage Riot
1860 -
The Top 25 Modern Metal Guitarists: The Entire List in One Place
820 -
Rigged: Dream Theater’s Mike Mangini Takes You Through Every Piece of His Mega-Drumkit [Part 1]
0 -
The Best Metal Albums of 2013, As Chosen by Metal Musicians Themselves — Part I: Machine Head’s Robb Flynn
0 -
Today in Dream Theater Shirts: Metalhead Veterinarian Fired for Bestial*ty
0 -
The Top Ten YARLERS of All Time