Metal Sucks
Metal Sucks Queens of the Stone Age Turned Down a Private Gig for... Gus G. Debuts New Song and Video, “Exosphere”
- Tweet SHARE
Enlarge
...And F*ck You Too 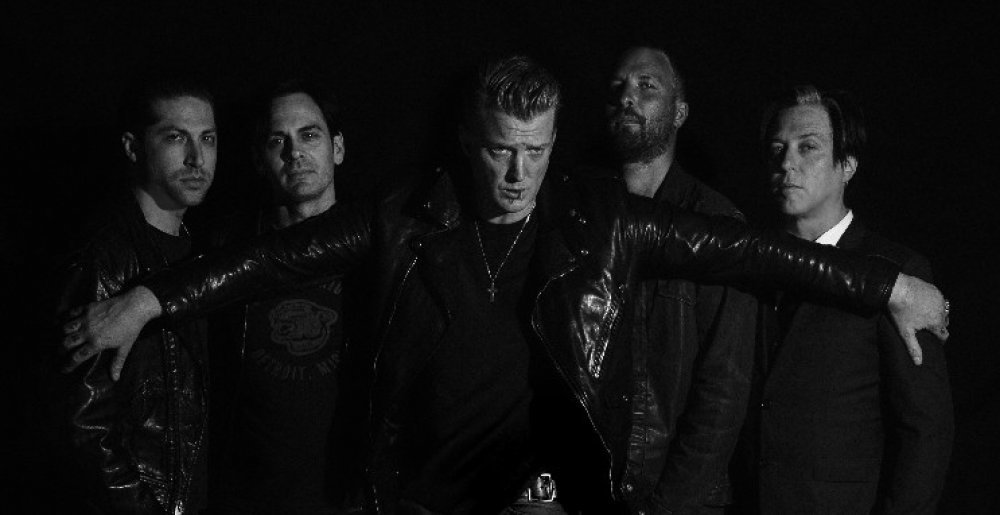 Would you completely sell out on your ideals if you were offered an insane amount of money? Or, more to the point… how much money would it take? Everyone’s got their number.

For Queens of the Stone Age’s Josh Homme, that number is astronomically high: he once turned down what he describes as “a ridiculous, life-changing amount” for the band to play a private party in Dubai… or was it Azerbaijan?… he’s not sure… complete with private jets to fly the band there and all the works. When the families kept upping their offer, he continued saying “no” because of his strong opposition to their ideals and business interests, getting off on the thrill of turning them down.

During an appearance on Let There Be Talk, Homme was asked if money would ever get in the way of his creative desire to evolve artistically. He answered:

“Oh, money would never do that for me. Money is a byproduct of working hard and loving what you do. I don’t need money to be happy so I’ve enjoyed turning down big money.

“I actually love that – feels great to be like, ‘Oh, no. You thought you could buy what we do? Yeah, no.’ Like Dubai or something like that, I can’t remember, some families asked us to play his birthday party.

“I was like, ‘These people have played it…’ And that’s fine, I won’t mention them. But as Azerbaijan, it’s like a place with… Research this person, it is like against humanity or some shit.

“And the offer kept going up because we said no, and they said, ‘We’ll send a private jet.’ ‘You think that would do it? I get it. Yeah, that won’t do, by the way.’

“I got up to a ridiculous life-changing amount, it was like, ‘I see where the problem is – you think there’s a number that will do this thing, and that’s how you’re used to that. And you’re not used to this, which is – I won’t do it. I’m enjoying you keep coming back here to hear the word no, sad, and different stuff. You’ll hear it, this is getting better, the more money is, the better it is.’

“Because someone’s sitting there actually thinking, ‘Well, I can buy this situation.’”

“Yeah, there’s certainly a number – I’m sure there actually would be at some point, but it would be so astronomical. I’m sure everyone’s got a number.

“The number would be out of whack, just to be funny. I had no money, and I was happy too. I would just bump into you, we would have the same conversation.”

You can listen to the whole chat below.

Metal Sucks Greatest Hits
0 -
Sean Z.’s Twelve Inch Face Pubes Win the MetalSucks Best Beard in the History of Metal Bracket!!!
0 -
Who are teh “BIG FOUR SCENE BANDS”????
0 -
This Very Fat Cat is The Best at Metal Drums
0 -
Metallica Release Official Animated “Master of Puppets” Lyric Video
0 -
Phil Anselmo on Hearing the End of Pantera’s “Hollow” for the First Time: “I Was Floored…”
0 -
Joey Jordison Claims He Was Fired from Slipknot Via a Singing Telegram