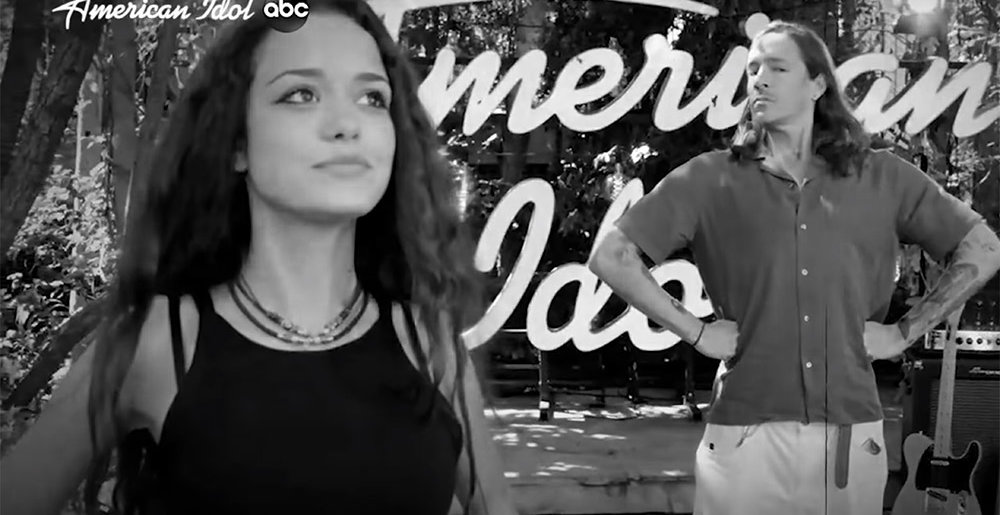 I just watched 12 entire minutes of American Idol. I won’t say it’s the most I’ve ever watched of the show — MetalGF used to be a big fan, so it was on in the house often — but it’s close. I suffer for your gain!

It wasn’t really that bad, of course. Especially not with Incubus frontman Brandon Boys involved, and singing his own songs no less (I fux with some early Incubus! Don’t @ me!). Last night’s episode saw Boyd team up for live performances of “Drive” with Chayce Beckham and “Wish You Were Here” with Casey Bishop and the results were, well… mixed.

Let’s start with Bishop, the clear star of the group. WOW, what a voice! Such poise and control, and power, too, without going over the top. At only 16 years old, she’s a bright talent for sure, and I muchly enjoyed this rendering of one of my fave Incubus tunes.

Beckham, on the other hand… man, this guy’s voice is not for me. Tonally speaking he’s there, and he even nails the harmonies, but the dude sounds like I would if I drunkenly tried to imitate Eddie Vedder. Next to Boyd — literally — it’s night and day when it comes to raw talent.

You can watch both performances below, along with the judges’ reactions. Also check out a video tweet from Katy Perry in which she cops to loving “Pardon Me” when it came out and reveals Make Yourself was the first CD she ever bought.

Coronavirus 0
Incubus Postpone Shows Due to Covid-19 Case
September 6th, 2021 at 9:25am MetalSucks

The final two shows of their tour are off after an unidentified member of their touring party tested positive.

She previously performed Mötley Crüe and Incubus songs on the show.