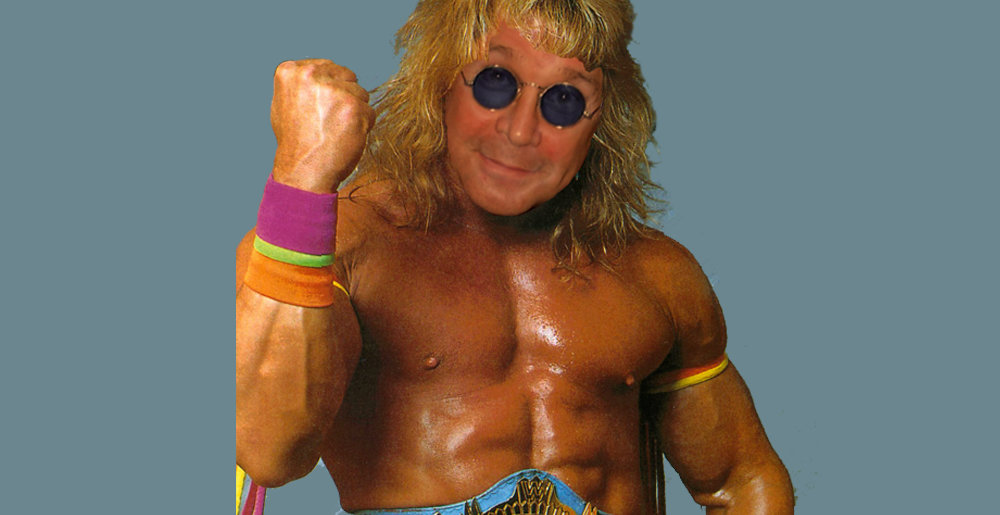 Still, I would have assumed that the WWE Hall of Fame was limited to, y’know, wrestlers. Maybe managers and announcers, too? But definitely not musicians, unless they were musicians and wrestlers, like that one dummy from the band named after a Muppet.

Apparently, though, a vague association with the WWE is enough to get you inducted. Wrestling Observer reports:

“Osbourne was part of the combined 2020/2021 WWE Hall of Fame ceremony, which was taped last week. Osbourne did not appear in person at the ceremony, but did record a video message for the show. Osbourne’s induction was expected after he was featured in a commercial for the Hall of Fame that aired on SmackDown.

“Osbourne, 72, has made several cameo appearances for WWE over the years, most notably at WrestleMania 2, where he and Captain Lou Albano managed The British Bulldogs in their WWF Tag Team Championship win over Brutus Beefcake and Greg Valentine. Osbourne performed live at a May 2007 SmackDown taping in Baltimore, and later served as a guest host for Raw in November 2009.”

Osbourne wasn’t the only non-wrestler to be inducted, though — so was William Shatner. THE SHAT!

More-directly-involved-with-wrestling peeps I’ve heard of who were inducted include Jushin Liger, Eric Bischoff, and Davey Boy Smith, a.k.a. “The British Bulldog,” who also did not appear in person at the ceremony on account of being dead.

Metal Sucks Greatest Hits
660 -
KNEEL BEFORE THE POWER OF ELEPHANTS MARCHING RIFFS
540 -
Worst Year Ever: All of Our 2010 Year-End Sh*t in One Place
1840 -
The Final Word on Metal Drumming
0 -
Review: Megadeth’s Super Collider is a Super Catastrophe
540 -
Glenn Danzig Shops for His Own Kitty Litter
3220 -
What is UR Favorite Classic Nu-Metal Band??