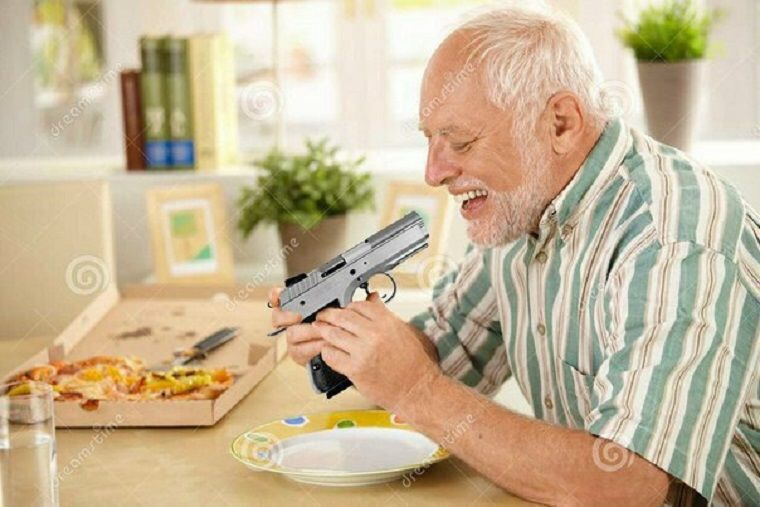 The weather is getting nice, the end of the pandemic is in sight, and many of us haven’t heard Donald Trump’s voice since January: 2021 is actually shaping up to be a decent year.

Or, at least, it was, until 12:30 p.m. EDT today, when I got a press release announcing that Saliva have re-recorded their signature hit, “Click Click Boom.”

They allegedly did this to celebrate the 20th anniversary of Every Six Seconds, the album on which the song originally appeared. I would imagine it’s also also at least partially a big middle finger to the band’s original vocalist, Josey Scott, with whom reunion talks seem to have fallen apart.

In any case, I have now listened to both versions of the song back-to-back (let no one ever say I don’t suffer for my art), and the differences are minimal. The nu-metal aspects have been slightly toned down to whatever minor degree that’s possible, the production is much busier and louder, and Scott has been swapped out for the group’s current frontman, Bobby Amawho?.

But if you’re curious, you can listen to both versions of the song below.

“Re-recording ‘Click Click Boom’ was much easier than the original recording because we already had the blueprint laid out for us.”

Saliva have a new EP called Every Twenty Years coming out on May 7 via Megaforce. Yay.

Sponsored Links from Across the Internet
Show Comments
Related Articles
Lost in the Mosh 0
Ex-Saliva Singer Josey Scott Was Looking for “Nothin’ But Good Time” and Ended Up Singing with Poison
August 21st, 2022 at 1:26pm Hesher Keenan

Worst Week Ever 0
Elvira Defends Rob Zombie’s Wife, Rollins Knows a Comeback Would Be a Cash Grab, and More Top Stories of the Week
April 2nd, 2022 at 9:02am Emperor Rhombus

Metal Sucks Greatest Hits
0 -
Incredibly Metal Six-Year-Old Girl Terrorizes America’s Got Talent
1350 -
Oceano Prove That Deathcore Has Depths
0 -
Converse Rubber Tracks x MetalSucks: Everything All in One Place
0 -
Report: “The Number of Heavy Metal Bands in a Given Country is Associated with its Wealth and Affluence”
0 -
Students at British School Sing Iron Maiden’s “Flight of Icarus”
2780 -
Jumping Darkness Parade: Eyal on Bands That Can’t Duplicate Their Album Live