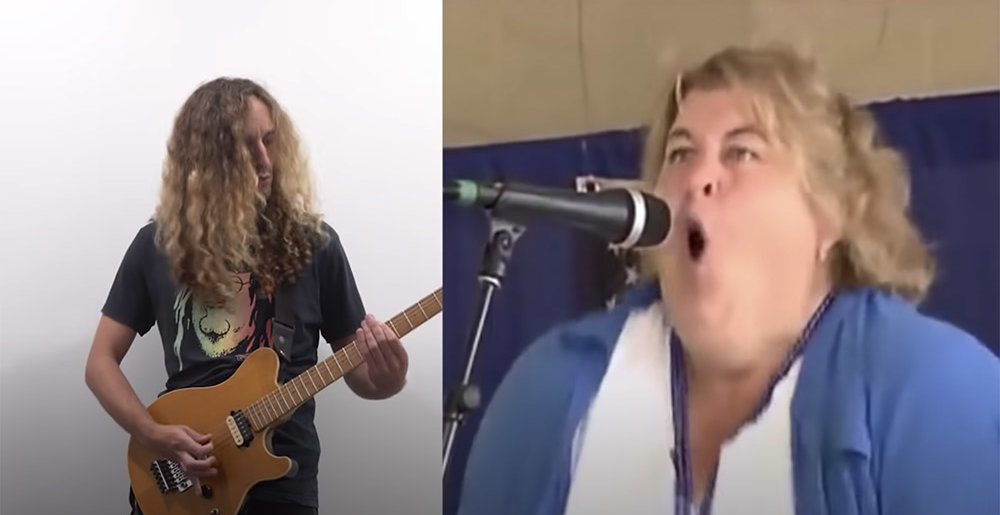 If your first reaction to this article’s headline was “there’s such a thing as a pig calling contest?” of course there is, silly! There’s a contest for everything in these great united capitalist states of ours. True story, I once met the yee-haw champion of Carter County, Kentucky. Swell guy, and based on a brief in-person sample that nearly shattered my eardrums, the guy had a truly extraordinary yee-haw.

Wherever there’s a silly phenomenon, there’s an internet wiseass ready to make something even sillier out of it. So, behold: “Pig Calling Contest goes METAL!”

This latest slice of internet gold comes to us from André Antunes, who you may recognize from a similar and very viral video he made of televangelist Kenneth Copeland’s “HA HA HA!” sermon last fall. Given the subject matter you just know there are some bree-bree pig squeals included here, but honestly that’s not even the best part… these nearly three minutes of Midwesterners showing off their hog calling skills are some of the most entertaining moments I’ve experienced yet this week. Maybe that says more about me than the video, but alas, watch it below and decide for yourself.

Because Antunes has done such a stellar job with this clip, he earns a well-deserved plug: his new album, Sound of Victory, is out now.

YouTuber Andre Antunes is really milking this thing. Good for him!

This one, based around the 83-year-old “executing judgment” on COVID-19, is even better than the first.

Metal Sucks Greatest Hits
0 -
The Hard R: God Forbid’s Dallas Coyle Blogs on Life, Liberty, Hilary Clinton, and The Pursuit of Chicken
0 -
Website Photoshops Dogs in Place of Bass Guitars Because Why Not?
0 -
This Very Fat Cat is The Best at Metal Drums
0 -
That Time Shaun Got Drunk and Filmed a Music Video with His Cat
0 -
Meet Hatebreed’s Smallest Fan
0 -
Worst Year Ever: All of Our 2012 Year-End Sh*t in One Place