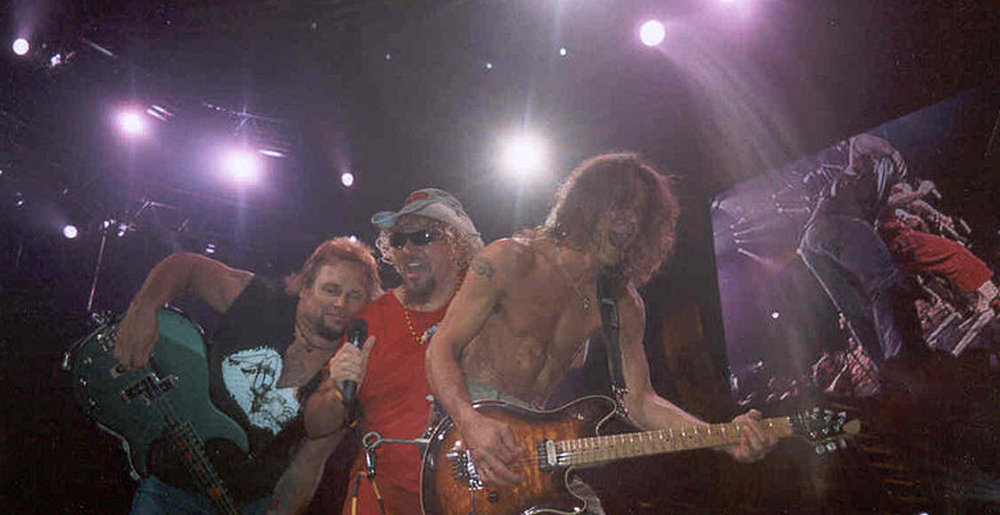 Fans jokingly refer to the Sammy Hagar era of Van Halen as “Van Hagar,” with the band’s sound taking a marked shift during that period into lighter and more commercial territory. Now, some 35 years later, we’ve learned that fans weren’t the only ones worried about the band’s evolution when The Red Rocker replaced David Lee Roth; their record label, Warner Brothers, wanted the band to change their name.

Longtime VH bassist Michael Anthony dropped the revelation on a recent episode of the radio show Steve Gorman Rocks!, which is syndicated on classic rock stations across the U.S.

“I’d obviously seen Sammy play a few times. I never actually paid too much attention. Yeah, his stuff [was] great. I liked the Montrose stuff. Obviously, he had his solo stuff going on. But the first time I actually met him, I was in the studio at Ed’s house, the 5150 studio, and Sammy, I guess, was on a break. He had cut all his hair off. And he comes walking into the studio. I was sitting there in the studio, and he comes walking in. And I go, ‘That’s not Sammy Hagar. He’s the guy with long hair.’ And we instantly became friends.”

Anthony continued, explaining the instant chemistry the band had with Sammy:

“We played probably for about 10 minutes tops, and we knew that we had something happening. We had a couple of songs that would end up on the ‘5150’ record; I think they were ‘Good Enough’ and… There was another one; there was a couple of them that were pretty much written. And we played it for him, and we said, ‘Just sing. Just sing something.’ And there were bits that he actually sang that ended up — and I kid you not — on the album. The chemistry was just such, like, ‘Wow!’”

Everyone on the band’s business team was worried about the departure of David Lee Roth, which is where the bit about the label asking the band to change their name comes in:

“We had everybody — Warner Brothers, our management, our lawyers — going, ‘Oh my God. David Lee Roth’s gone.’ They thought that that was such a strong identity,” he said. “Warner Brothers wanted us to change the name of the band. I remember Eddie and Alex, we were at Warner Brothers, and they were yelling, going, ‘Hey, hey, this is our last name. This is our careers. And we’re Van Halen.’”

Needless to say, keeping the Van Halen name was the right move; a band’s brand is their name, and bands who change their names — or see one faction split off with a new moniker — rarely fare as well.

Hagar ended up recording four records with Van Halen, three massively successful and one not so much (Balance, 1995). Anthony would be ousted from the group in 2006 but would later join up with Hagar again in The Circle in 2014.