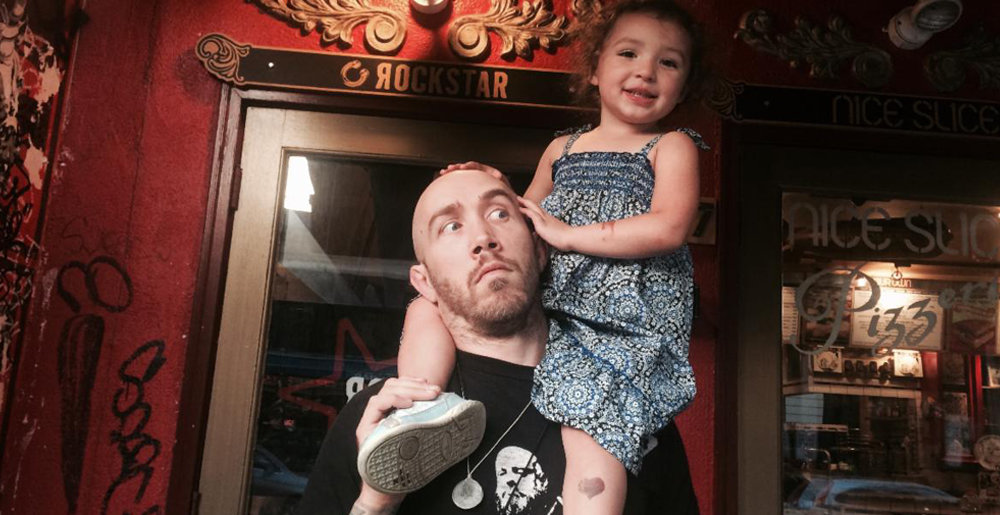 Animal Schoolbus, the father/daughter grindcore project featuring vocalist Princess Beast and multi-instrumentalist Charlie Sad-Eyes (Crawl Below), have released a music video for their latest single, “I Can Do One-Handed Cartwheels.” View the clip below and marvel at Princess Beast’s spot-on Barney Greenway moves.

The track will appear on Animal Schoolbus’ forthcoming album, Going to Grammy’s House 2021. You can stream the opening track from that record, “Favorite Flavor Green” (originally recorded in 2014), at the bottom of this post.

Going to Grammy’s House 2021 will be released on April 30 via Lawnmowerjetpack Records. It consists of 14 songs recorded in 2014, before Princess Beast turned three, as well as three tracks recorded in 2020, and three live cuts from the 2019 Rise and Grind Fest. Pre-order it here.

Their debut album, Going to Grammy’s House 2021, comes out later this month.