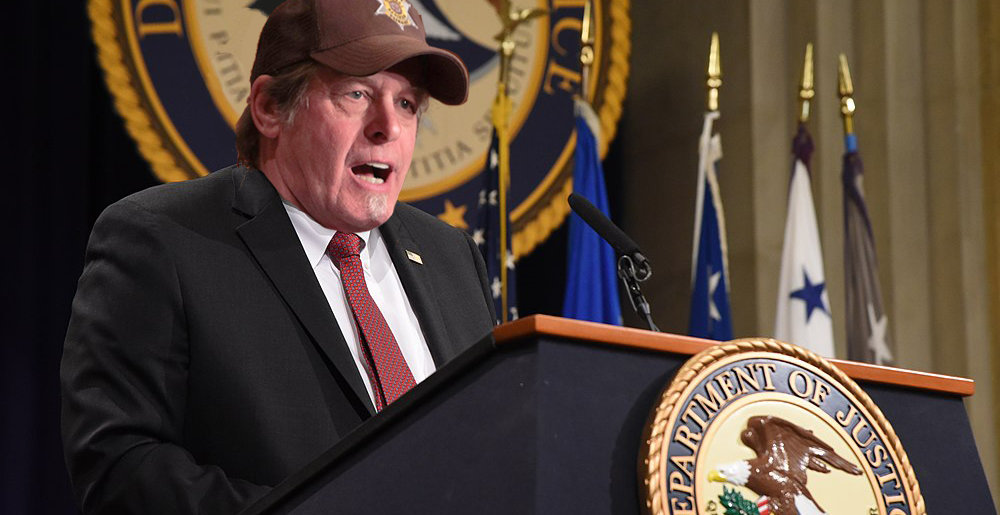 Theodore A. Nugent, Special Counsel for the United States Department of Justice, has concluded his inquiry into the seditious Capitol riot of January 6, concluding that the rioters “were not Trump supporters; that was BLM and antifa wearing Trump shirts.”

In March, during a testimony before the Senate Judiciary Committee, FBI director Christopher Wray asserted that “we have not, to date, seen any evidence of anarchist violent extremists or people subscribing to antifa in connection with the 6th,” HuffPo reports.

But Mr. Nugent’s report is sure to upend the ongoing investigation into the riot.

A high-ranking FBI official, speaking to MetalSucks on the condition of anonymity, says via e-mail:

“Ted provided absolutely no evidence whatsoever for his conclusion. He also seems to believe, as many on the right do, that antifa is some sort of terrorist organization, when antifa is, in fact, not an organization at all.

“Still, the man is so highly respected for his intellectual prowess that his deduction simply cannot be ignored. I mean, did you see the way he cracked that COVIDs 1-18 thing wide open? This guy is like Sherlock Holmes and James Bond rolled into one… only better, because he’s not some pansy-ass Brit.”

Still, even Mr. Nugent’s closest allies imagine there will be some pushback and/or smear campaign against the guitarist/investigator. In March, Nugent was forced to defend himself from accusations of racism, which were seemingly based on nothing other than his frequent use of the n-word and advocation of South African apartheid and assertion that “it would have been best had the South won the Civil War” and sharing of anti-Semitic memes on social media and advising American soldiers in Iraq to “just aim for the laundry” and his love of the Confederate flag. Nugent responded to the allegations by calling himself “anti-racist” and wittily musing that “if you find somebody who calls Ted Nugent a racist, you are looking at a subhuman piece of shit who lives a lie.”

You can listen to Nugent’s entire in-depth report below. We’ll continue to follow this story closely as it develops.

Metal Sucks Greatest Hits
540 -
Worst Year Ever: All of Our 2010 Year-End Sh*t in One Place
0 -
12 Embarrassing Albums That Everyone Owned Back In The Day
0 -
Dimebag Darrell’s Grave Desecrated and Robbed by Shitty Local Band
0 -
Ten Reasons Why Record Labels Are Still Important
0 -
Twenty More of the Worst Heavy Metal Album Covers of All Time
0 -
Missed Connections: You Puked at the Ulcerate Show (M4M – Brooklyn, NY)