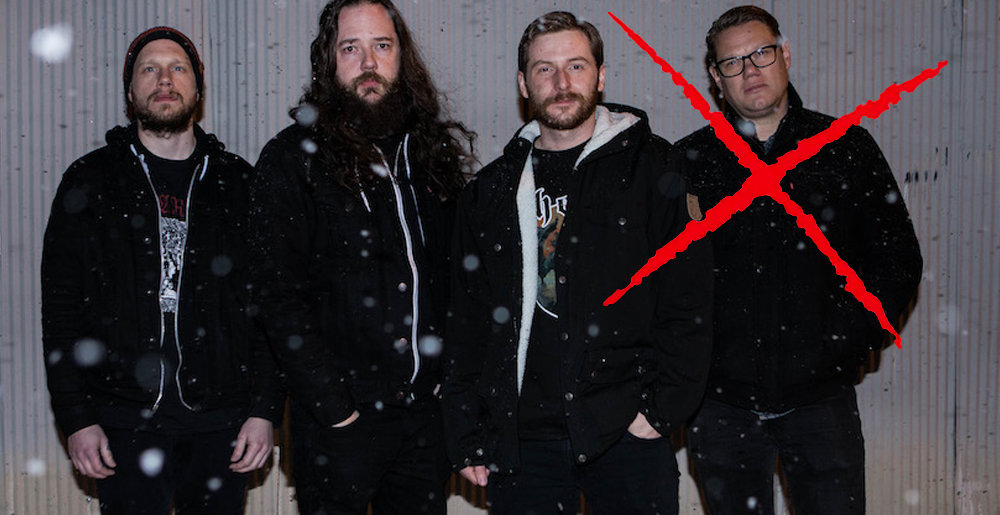 “With our impending appearance at the Decibel 200th issue anniversary event, it is time that we let you know that we parted ways with founding member and bassist Dan Beiers in December. The events of the last year forced us all to reexamine our lives, our capacities to manage our individual mental and physical health, and the state of our relationships both inside and outside of Khemmis. This decision was the result of that period of reflection and some difficult conversations among the four of us as well as with our loved ones. We are eternally grateful for his contributions and friendship over the years, and we wish him and his family the very best wherever their path leads them next.”

Beiers was a guest on The MetalSucks Podcast this past May. You can listen to that interview here.

Khemmis’ most recent full-length, Desolation, came out in 2018. Last year, they released two EPs — Doomed Heavy Metal and More Songs About Death Vol. 1 — and contributed a cover of Alice in Chains’ “Down in a Hole” to Magnetic Eye’s Dirt [Redux] tribute record.

As they say in their statement, Khemmis will play as part of Decibel Magazine’s special 200th Issue Show Extremely Ex-Stream. In addition to Khemmis, the stream will include new and exclusive live performances from Midnight, Full of Hell, Horrendous, and Wake. It’s set for Friday, April 30 at 8pm ET/ 5pm PT, and will be free to watch.

Sponsored Links from Across the Internet
Show Comments
Related Articles
Tour de Force 0
Khemmis to Hit the Road with Conjurer and Wake Next Year
December 13th, 2022 at 1:54pm Hesher Keenan