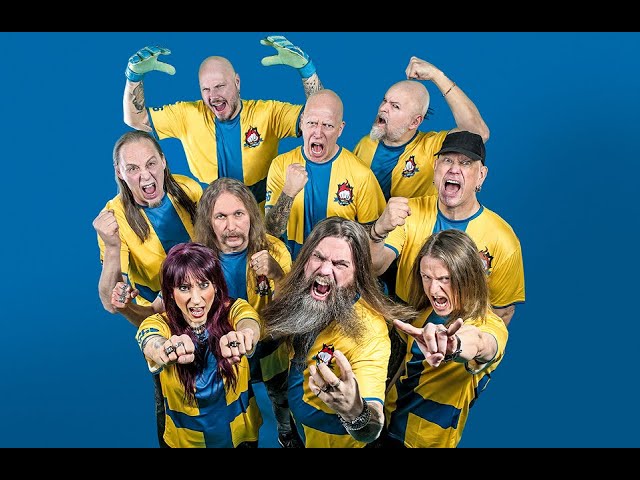 Members of Soilwork, Candlemass, King Diamond, ex-Entombed, Pretty Maids and more have teamed up on a new anthem for the Swedish national football team (that’s soccer to us Americans) titled “Nu jävlar!” The song, which is sung in Swedish, was commissioned by Sweden Rock Magazine for their country’s use in the UEFA European Football Championship this coming summer.

Vocalist Björn “Speed” Strid of Soilwork and The Night Flight Orchestra explains to MetalSucks that the phrase “Nu jävlar!” is “almost impossible to translate, but is almost like ‘Here we go goddamnit!’” I can get down with that! Google Translate says it literally means “Now fucking!” which makes sense with context.

The song is naturally super catchy given the cast of characters involved. Here’s the full lineup on this one:

Have a listen to “Nu jävlar!” below. I have no dogs in this particular fight, so may as well root for the most metal country of all this summer: Go Sweden!

Candlemass just announced that they will be touring the U.S. in 2023 featuring special guests as yet to be announced.