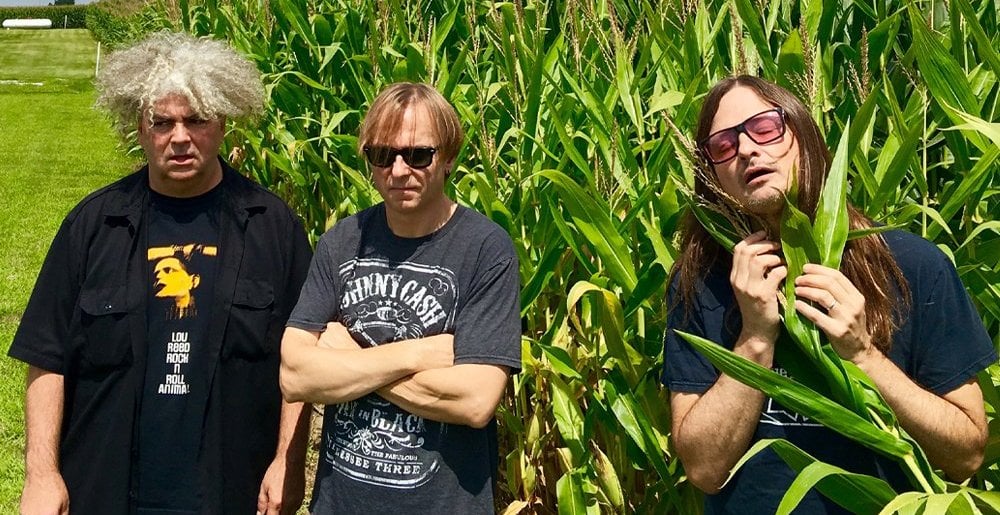 In true Melvins fashion, the Melvins (acoustic) will open for the Melvins. Tickets and exclusive merchandise, including a limited-edition t-shirt designed by Skinner, are available now at this link.

“Melvins TV #1 and #2 were a blast,” says Buzz Osborne. “So you can expect more blasting with #3. Remember to inhale deep.”

The band previously ushered in both New Year’s Eve and Valentine’s Day with the initial two volumes of Melvins TV. The hour-long, livestream events have made news for their unique interpretation of the at-home concert experience, marrying performance with candid interviews that see the band members candidly discuss their influential, 38-year career. A combination of “psychedelic visuals, growling sludge and some very extended banter” (Mxdwn), the events have the hallmark of “the old days of the VHS… and getting some bootleg copy of one of your favorite bands’ tapes…” (Ghost Cult).

You can watch a trailer for this latest event, and check out the limited edition t-shirt design, below.

The band recently released Working With God (Ipecac Recordings), an album that features the 1983 iteration of the Melvins: Osborne, Crover, and original drummer Mike Dillard.

Metal Sucks Greatest Hits
0 -
A MetalSucks Exclusive: Return from The Graveyard — King Diamond on His Near-Death and New Life
0 -
Just in Time for Passover: Big Four Yarmulkes?!?!
0 -
What in the Mother of F*CK Did I Just Watch???
0 -
Hallowed Be Thy Game: Brütal Legend is a Love Letter to Heavy Metal
0 -
The Best Metal Albums of 2013, As Chosen by Metal Musicians Themselves — Part I: Machine Head’s Robb Flynn
660 -
KNEEL BEFORE THE POWER OF ELEPHANTS MARCHING RIFFS