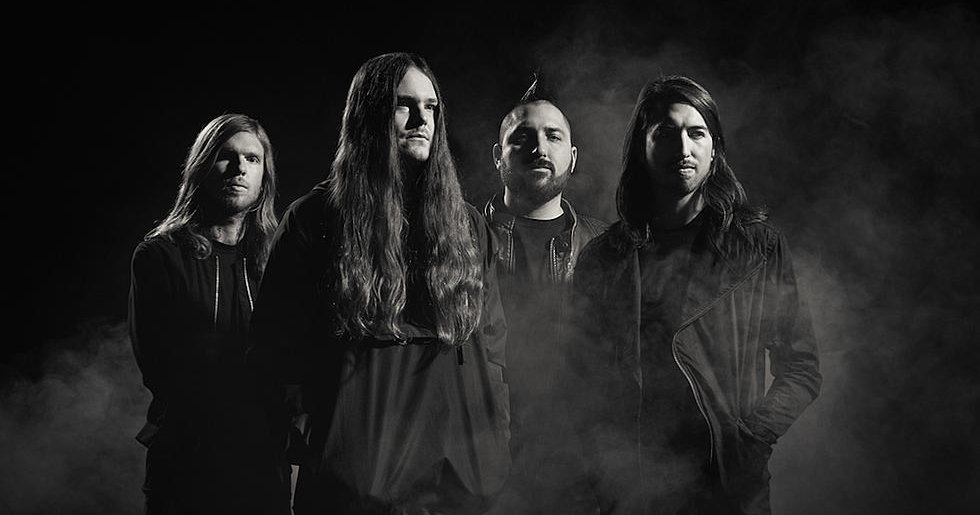 Unfortunately, that’s probably the most interesting thing about the song. I mean, it’s not terrible or anything — it’s just super-generic metalcore. Like a lot of super-generic metalcore, it would help a lot if… well, yeah, if the song were less generic, sure… but also if they cut back on the goddamn auto-tune. I mean. FUCK. Enough with that shit already. For a song with a chorus featuring lyrics like “No beauty in plastic flowers/ No honey made from fake bouquets” and “No wine from fruit made out of wax/ No honey made from fake bouquets,” it sure sounds synthetic as fuck.

If the preceding paragraph didn’t scare you off, you can check out “Bloom” below. Says singer and bassist Aaron Pauley about the song:

“‘Bloom’ is a song about grieving the death of a family member. It’s about understanding, through that loss, that grief is not only love in its most visceral and wildest form, but that it’s also the ultimate price we pay to experience such love. To know profound grief is to have known profound love. Nothing and no one lasts forever. Love isn’t a bouquet of plastic flowers; it’s watching the petals fall.”

“Bloom” is the title track from OM&M’s new EP, which will be out May via SharpTone Records. It’s the second in a series of EPs that will eventually comprise the band’s next album, after February’s Timeless.