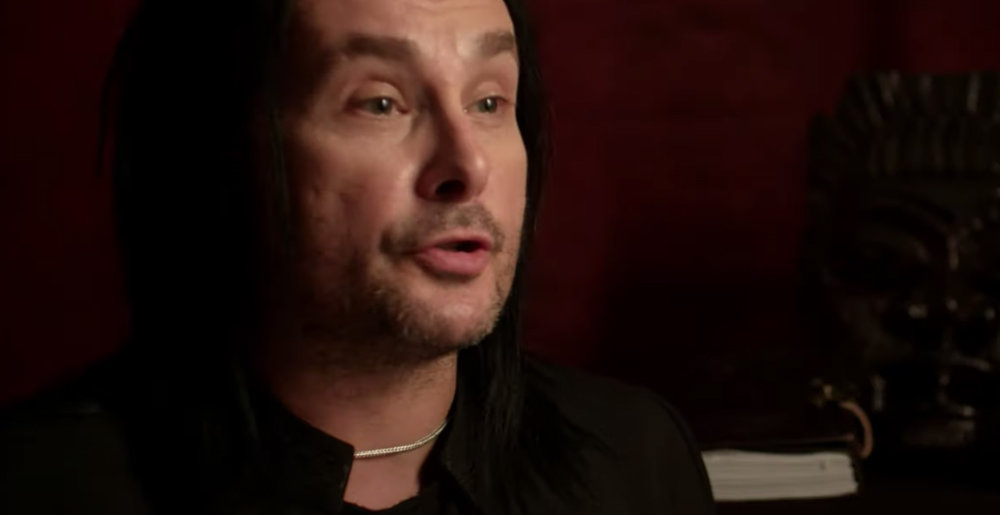 Will we see Dani Filth at next year’s Academy Awards? Probably not. But he may technically be eligible!

This thanks to Mr. Filth’s appearance in the upcoming horror movie Baphomet. This isn’t Filth’s first acting job — he was in a 2001 horror movie called Cradle of Fear, he did voice work for 2003 animated flick called Dominator, and he routinely walks around pretending to be a vampire of normal height with the surname ‘Filth’ — but it’s his first appearance in a live action feature film in quite some time.

I won’t lie: Baphomet‘s trailer is not promising. If not for Dani Filth being featured prominently in said trailer, I’d never even recommend you watch it. Also some rocket scientist put the end cards over the last twenty seconds of the trailer, which is annoying. But Filth fans may be curious, so… they can check it out below.

Baphomet comes out June 8 on Blu-ray and streaming platforms. Here’s the synopsis (via Bloody Disgusting):

“Baphomet tells the tale of an American family, the Richardsons, celebrating their daughter’s pregnancy, but things begin to go awry when Satanic cult leader, Henrik Brandr unexpectedly visits their ranch. Henrik offers to pay the family a large sum for ownership of their land, claiming it is sacred to his congregation. Jacob Richardson, the father, rejects the offer due to the sentimental value of his ranch. Henrik, displeased, begins to put curses on the Richardsons, trying to force them off of their own land – even if it means murdering them.

“After suffering unexplainable tragedies created by the curses, the Richardsons seek help from Marybeth, a white witch high priestess. They soon discover a terrible secret about their house, revealing why their land is so scared to the cult. They realize that they must protect their house from the cult at all costs, and a violent battle between good and evil ensues.”

Metal Sucks Greatest Hits
0 -
G.O.A.T. and Your M.O.M.’s “Quack like a Duck” Justifies Humanity’s Entire Existence
0 -
What in the Mother of F*CK Did I Just Watch???
0 -
Watch This Kid Perform Europe’s “The Final Countdown” Entirely with Hand-Farts
0 -
BREAKING: Some Local Band Called Shrapnel are Tired of You Leaving the Show Before Their Set
0 -
The 110% Totally True Confessions of a Left-Wing Conspirator
300 -
Sebastian Bach: The MetalSucks Interview