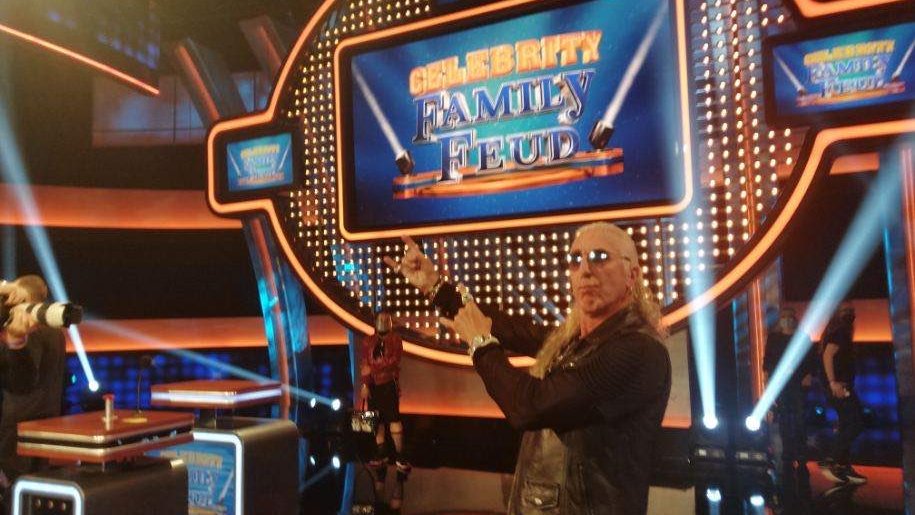 Dee and his family will face off against former NFL quarterback Terry Bradshaw and his own clan on the long-running TV game show, which has been hosted by comedian Steve Harvey since 2010. Dee claims that the Sniders are “the first rock and roll family” to appear on the show, and while MetalSucks doesn’t care to verify that assertion, we’ll take his word for it.

You can watch a preview of the episode below!

During an interview with Twisted Sister bassist Mark “The Animal” Mendoza’s 22 Now show, Dee said of the game show appearance, “I will just say we kicked ass and we represented.”

He added, “I remember we were kind of debating, like, do we go in and treat it like it’s a joke — you know what I mean?! Just like a big goof out of it — or do we take it seriously. And they expect us to be a joke. So we wanted to go in there and go for the gold. So I can’t say how it went other than to say we kicked ass. That I can say.”

Bradshaw was the quarterback of the Pittsburgh Steelers from 1970 to 1983, where he won four Super Bowls. He’s been an analyst on Fox NFL Sunday since 1994.

Snider previously starred in several reality TV shows, including The Celebrity Apprentice, Gone Country with John Rich, MTV’s Rock The Cradle with his son Jesse, and Growing Up Twisted, an A&E series featuring the entire Snider family and their Long Island lifestyle.

Metal Etiquette 0
Dee Snider Doesn’t Use a Teleprompter: “I Didn’t Kill a Lot of My Brain Cells With Drink and Drugs”
July 11th, 2022 at 10:28am Emperor Rhombus

Dee also makes it clear he doesn’t think Vince Neil’s use of one is that big a deal.

Metal Sucks Greatest Hits
1860 -
The Top 25 Modern Metal Guitarists: The Entire List in One Place
0 -
Advanced Discrimination & Dragons: A Critical Look at Varg Vikernes’ Myfarog RPG
0 -
The formula 4 good music: Generic, but with a gimmick (*please read*)
0 -
BREAKING: Slipknot Guitarist Mick Thomson Stabbed in the Head by Brother
0 -
Nazi Imagery: Why Watain and Marduk Don’t Get a Pass While Slayer and Metallica Do
0 -
Rigged: Wintersun