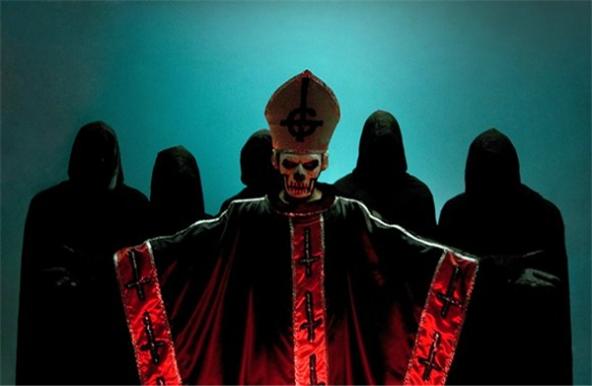 How to Write a Ghost Song

Perennial MetalSucks faves Raised by Owls — the same band that’s brought us entertaining videos such as “Being the Sound Engineer for Slipknot Before They Were Famous,” “What Happens When You See a Fellow Metalhead in Public,” and “How to Write a Five Finger Death Punch Song” — have returned with another amusing new video, “How to Write a Ghost Song.”

I’m hesitant to tell you too much about the clip beforehand because, as is always the case, the funniest parts are the least expected ones. Suffice to say, Raised by Owls felt it was necessary to include the following warning with the video:

“Before anybody starts complaining, this is a joke. We’re all big fans of Ghost.”

While I can certainly appreciate people on the Internet taking satire a little too much to heart, I can also pretty much guarantee that some idiots will complain regardless (“O YEA? WHAT GRATE SONG DID U CUCKS EVR RITE?!?!”). So. Yeah.

Thick-skinned Ghost fans — and Ghost haters, for that matter — can enjoy the video below.

Metal Sucks Greatest Hits
0 -
Photos of Metal Musicians When They Were Kids
0 -
The Top 25 Modern Metal Drummers: The Entire List in One Place
0 -
The Top Ten YARLERS of All Time
0 -
Let’s Gossip About How Much Money Famous Metal Vocalists Make
0 -
I, For One, Welcome Our New Robot Overlords
0 -
Metallica Release Official Animated “Master of Puppets” Lyric Video