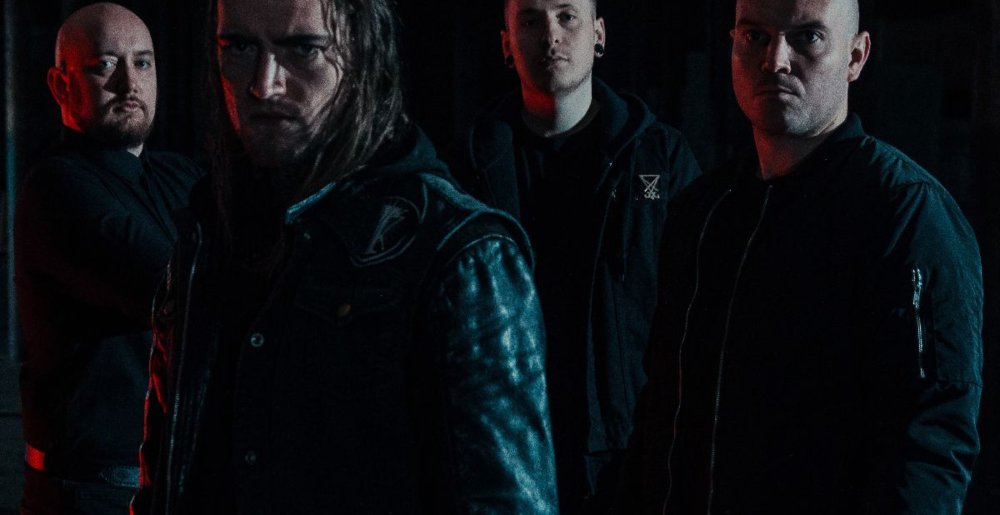 England’s Ingested have released a new version their 2011 song, “This Disgusting Revelation.”

“We’re very excited to present to you our reimagined version of ‘This Disgusting Revelation.’ This was always one of our favourite tracks from the original release of The Surreption and we’re super happy we’ve finally been able to give it the love and attention it deserves. We decided to take a no-frills approach to this video, editing together footage captured during the lockdown recording sessions for the album. This is us, raw and unfiltered, no bells and whistles, coming out swinging. This song is brutal and not for the faint of heart! But what else were you expecting? Watch the video, blast it fucking LOUD, but most of all, ENJOY THAT SHIT! We love you all, thank you so much for the love and support during what has been a difficult year for everyone, our fans are our family and we’ve got so much more in store for you. Big love.”

Check out the new iteration of “This Disgusting Revelation” below.

Production, drum tracking, mixing and mastering for The Surreption II were handled by Nico Beninato of Kimera Recordings in Palma de Mallorca, Spain. Nico has also worked with Ingested on their past three releases Stinking Cesspool of Liquefied Human Remnants (2021), Where Only Gods May Tread (2020) and Call of the Void (2019). Guitars and vocals were tracked at home with Nico overseeing via Zoom call. The band had never recorded an album over Zoom before and comment that it was “‘a really odd but awesome experience.’”

Commenting on why they chose to re-record the album, the band said:

“We always felt that the songs on The Surreption were great but there was just something not right about the sound, it just kind of sounded small and there were some performances on songs we weren’t happy with. So we needed to make everything bigger and better, and we feel that we’ve really achieved something special here.”

The original artwork has also had a make-over, initially created by Colin Marks the band asked him to reimagine his original piece to fit their reimagined version of the album.  The original The Surreption album cover was also the only artwork in Ingested’s discography that wasn’t tied into every other album cover via Easter eggs, something which the band has now rectified. Scroll down for the new album art.

The Surreption II comes out July 30 on Unique Leader. Pre-order it here.

Ingested begin a European tour with Bleed From Within and Kill the Lights in November. Dates are as follows:

“All I’ve Lost” is devastatingly heavy ripper with a bloody music video.

Metal Sucks Greatest Hits
0 -
Exclusive Interview: Damien Echols of The West Memphis Three on His Life After Death
0 -
Incredibly Metal Six-Year-Old Girl Terrorizes America’s Got Talent
0 -
Rigged: Luke Hoskin of Protest The Hero
0 -
Will People Please Shut Up About the “Fake Amps on Stage” Debate?
0 -
Op-Ed: When Did Slayer Start to Suck?
1840 -
The Final Word on Metal Drumming