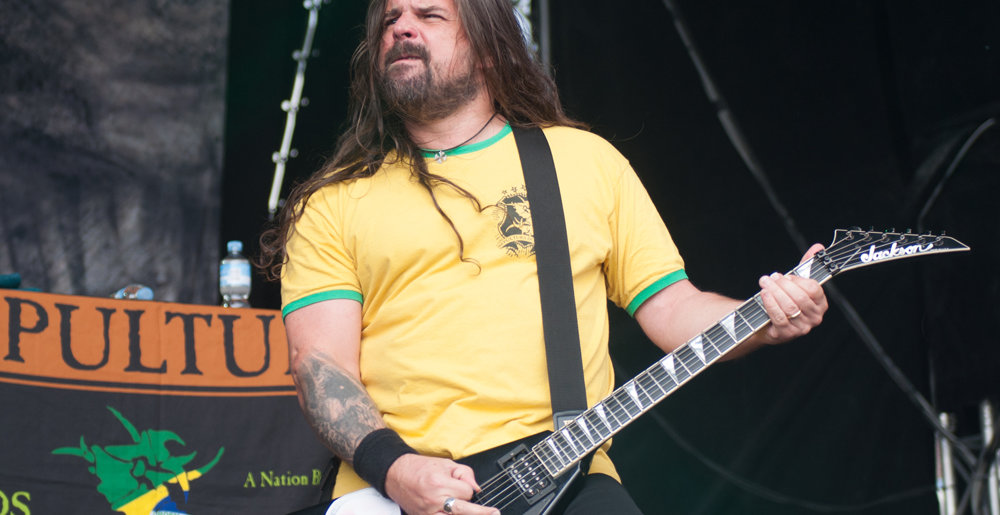 Sepultura’s Andreas Kisser has given up alcohol.

The 52-year-old guitarist discusses his sobriety in a new interview with RockSverige, telling the site, “I quit alcohol almost a year and a half ago now, and I feel clearer.”

“I realized I was a slave to alcohol. Every situation where I had to choose a restaurant or what type of traveling I would do with my family, what kind of social thing we’d go to, alcohol was the biggest element to make the choices. Like, ‘in this land they don’t serve alcohol, so I don’t want to go there.’ That type of stuff. It didn’t matter if I was with my family or great friends, alcohol was heavier than anything else.

“I realized I was really losing myself because of that idea… I was really having this dark shadow making the choices for me. It was getting in the way of my relationship with everybody – my family, my friends and with myself. Then I quit from one night to the other.

“It was very clear once I realized I was a slave to alcohol, which path I had to follow. I made the decision and I feel great. I don’t feel any urge to drink. I love drinking, don’t get me wrong, but I did it already. I know what it is and I know it’s very dangerous as well, especially with the style of life I live – backstage parties, everything is free and easy to get. You have to be very careful with that kind of situations and I’m glad I made this choice. I’m at peace with myself with that. I didn’t make any promises to anyone or any saint or to any situation. It was a choice I had to make. If I made a promise to something I would put all that responsibility to that promise and not to myself so I have to face that and really embrace the choice and I feel great. Alcohol is very dangerous, but like I said, I like drinking.”

You can read the entire interview with Kisser here.

Metal Sucks Greatest Hits
1,2110 -
The 101 Rules of Death Metal
0 -
Metal Musicians Reacts to Maroon 5’s Lame Super Bowl LIII Halftime Show
0 -
Twelve Reasons Babymetal are the Single Best Thing to Happen to Metal in the Past Decade
0 -
It’s Time to Stop Thinking of Women in Metal as WOMEN in Metal
400 -
Danzig is Just Cleaning Up His Motherf*cking Bricks, Bitch
0 -
Video: Killswitch Engage’s Adam Dutkiewicz Wins Everything on The Price is Right