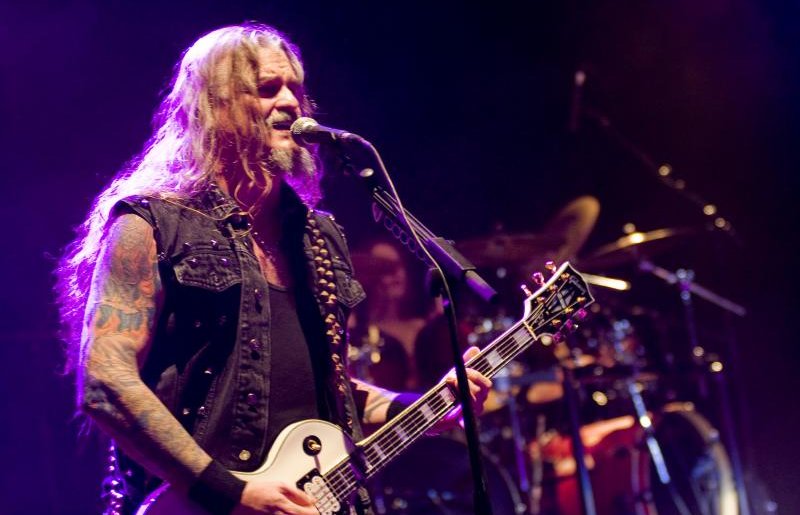 Iced Earth mainman Jon Schaffer walked out of a Washington D.C. jail on April 16, free on bail from entering into a plea bargain with prosecutors, 89 days after turning himself into Indiana authorities for his role in the January 6 riot at the U.S. Capitol. Things have been quiet for Schaffer since then as he awaits trial, at least publicly, but a new report has surfaced indicating that Schaffer had a tough time while he was locked up.

The report, filed by the Indy Star, is based on information provided by Schaffer’s lawyer, Marc J. Victor, who claimed in a March hearing that the Iced Earth founder received death threats from other inmates and had feces thrown at him. He said at the time, according to court transcripts obtained by the Star:

“My client, who is presumed innocent, has just gone through two months of hell where other people were throwing feces at him and urine at him and threatening his life in a horrible, horrible situation. Shame on us, Judge, that this is happening in our justice system.”

The alleged mistreatment took place at Marion County Jail in Indiana before Schaffer was extradited to Washington D.C. According to the jail’s records, Schaffer was had been in “Administrative Segregation” because of his high profile status. But on March 7, Schaffer was removed from his cell block after he said he “was in fear for his personal safety,” mentioning issues with three specific inmates, one of whom “had multiple violent encounters with jail staff and other inmates” and allegedly had once sent an inmate to the hospital with injuries.

It’s not clear how Schaffer made contact with other inmates while he was on Administrative Segregation. But his cell block was locked down on March 8, after he reported the death threats, jail records show, until he could be moved. The reports make no mention of the feces-throwing claim leveled by his lawyer.

Federal Judge Zia M. Faruqui apologized to Victor in the March hearing, saying, “That’s obviously unacceptable, flatly. I share your feelings of anger that this is not how our criminal justice system is to work. And, Mr. Schaffer, I’m sorry. I’m sure it’s — it’s very little solace, but I do apologize.”

You can read the full report here.