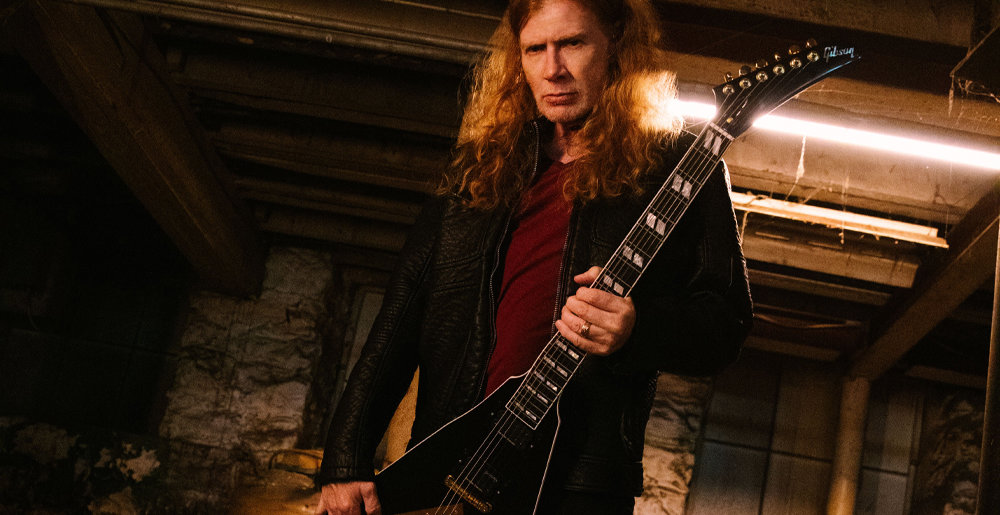 Megadeth mainman Dave Mustaine has again utilized his Cameo account to disseminate information about the band, this time confirming the title of their next album in a birthday video message to a fan.

‘Deth’s new album will be titled The Sick, The Dying and The Dead. Mustaine first mentioned the title this past January at a guitar masterclass event, but the news was viewed as tentative at the time since it was reported by a fan and the album was still being made. Now Mustaine has confirmed the title publicly as part of a 43rd birthday wish to a fan named Joe. During the message, Mustaine also had the album’s title track playing in the background, which you can har faintly in the 1:23 long video.

“If you listen real closely, you can hear in the background — look over my shoulder, uh oh! — there’s the Pro Tools rig with the new album, doing a rough mix, and you’re getting to hear a little bit of it in the background for your birthday. This is the beginning of the song ‘The Sick, the Dying and the Dead,’ which is our title track.”

You can watch the full video below.

Megadeth have been re-recording the album’s bass parts following the dismissal of David Ellefson earlier this year. The band’s new bassist is rumored to be Steve DiGiorgio (Death, Testament, Obituary, etc.), but that has yet to be confirmed.

Megadeth begin a tour with Lamb of God, Trivium, and Hatebreed (replacing In Flames) in August, so we should know what’s what sooner rather than later.

Here are those tour dates: