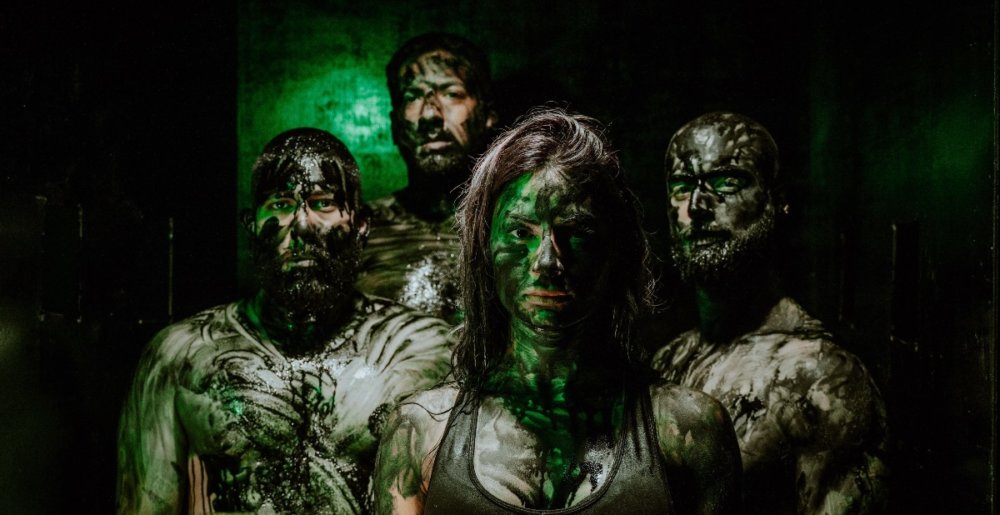 Less than a year after releasing their debut EP, The Fourth Phase, Kallias are back with a new song, “Supermassive,” and a special surprise… vocals!

Guitarist Nicole Papastavrou and bassist Chris Marrone have both stepped up to the mic on “Supermassive,” with Papastavrou handling the growls and Marrone on cleans. The double-vocal attack adds a whole new dimension to the band’s groovy, technical form of death metal, and it makes it a ton more accessible, too; this is their best work yet.

The band offered of “Supermassive” and the addition of vocals:

“Kallias are thrilled to announce the release of ‘Supermassive’. Our first piece of music with vocals, featuring Nicole and Chris. We felt it was a necessary step to indefinitely progressing our sound, with the majority of the new material calling for vocals.

“The concept behind the video entertains the idea of humans being biologically altered or mechanically enhanced against their will, becoming a kind of modified hybrid being. It can also signify the acceptance of such experiments, resulting in a feeling of enlightenment while becoming a better version of yourself. The next phase for Kallias will be releasing our first full length record in 2022, diving deeper into this concept, and we can’t wait to unleash our truest form.”

While we wait for that full-length album, have a look at the video for “Supermassive” below. Follow the band on Bandcamp to stay up to date.

Metal Sucks Greatest Hits
0 -
Has Moshing Turned Into a Form of Bullying?
0 -
BREAKING: Joey Jordison Back in Slipknot as Percussionist!
0 -
50 Things You Never Knew About George “Corpsegrinder” Fisher’s Neck
0 -
What Will Happen When a Member of Metallica Dies?
0 -
I Am The Working Class: The MetalSucks Interview with Fenriz
0 -
France’s Got Talent, too: Beautiful French Girl Performs Heavy Metal Song on TV