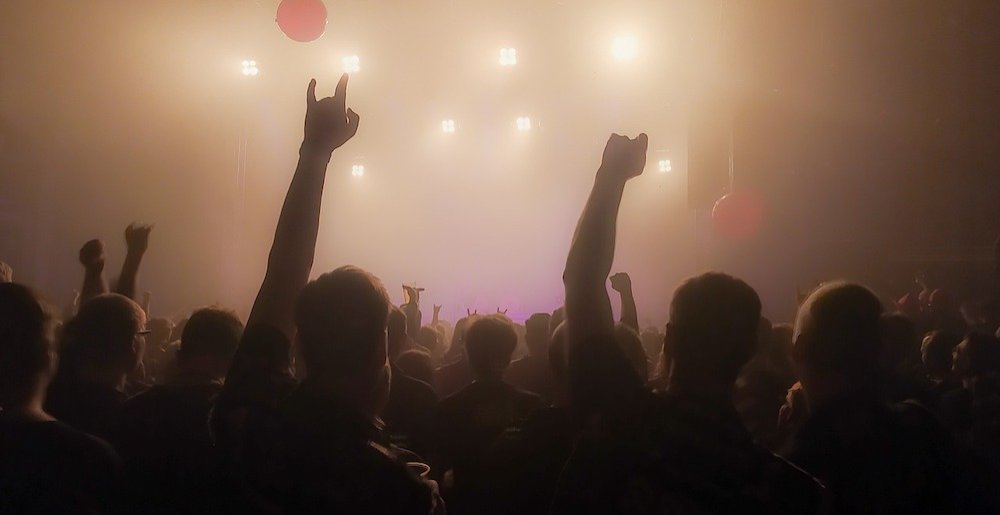 Ever since humans started creating music, we haven’t been able to live without it. Music is used for many purposes; it can make us move, relax, scream or cry and it can significantly influence the atmosphere. That’s why movies, video games, and other industries heavily rely on music to set a mood and manipulate emotions out of people to help connect them to what is happening on the screen. Even horror movies become normal and funny when you simply turn off the sound.

Metal music has been used in the same way, especially in the gaming industry. Be it glam, death, black, power or thrash, the genre has been a consistent presence in the world of video games ever since the early ’80s. There are endless examples of hits that have made it into popular games, and for a good reason.

First and foremost: metal rules. Metal can add a lot to the player’s gameplay experience, and indeed, there is plenty of research on how certain types of music affect playing games and how players react.

We don’t need to tell you that metal is fast and loud, making it suitable for intense games or scenes. It can also tap into a player’s sense of nostalgia (remember your younger days head-banging and moshing to “Domination” by Pantera?). Fast-paced, ear-piercing metal is often used in more violent games since it adds to a kind of macho, thrilling, exciting atmosphere, raising players’ adrenaline levels and helping immerse them into the game and on-screen action.

Typically, games that use metal in their gameplay consist of players participating in a fight-off or completing battles of enormous waves of enemies in quick succession. This is where a shred guitar solo is good for building up the momentum and adrenaline as players have to slice their way through enemies to complete the mission or earn upgrades and rewards.

There is also the nostalgia factor. Metal music has a huge die-hard fan base, and there is a big chance of success for any game that features the genre’s most popular artists. That is why the Guitar Hero franchise, for example, found great success right off the bat, leading to the release of Guitar Hero: Metallica in 2009.

Games with the Heaviest Soundtracks

As mentioned before, metal music infuses players with adrenaline, helps them focus and immerse themselves in the gameplay. That’s why so many titles in the video game industry use such music in their games.

One of the most popular games from the ’90s, DOOM, incorporated a booming soundtrack to support the gameplay filled with hellish enemies. The soundtrack’s composer used cues from acts like Metallica, Pantera, Judas Priest, and Slayer to match the on-screen action. The reboot of the same game even won Best Music at the Game Awards in 2016 since it featured another round of metal-centric sounds.

Metal Gear Rising: Revengeance also used a brutal soundtrack to fit the high-tempo action of the game. The composer worked with members and ex-members of Godhead, Anthrax, State Line Empire and Machine Head to create an ultimate soundtrack for the Metal Gear spin-off.

There are many other action-packed games that rely on metal to lift up a player’s spirits and complement the gameplay. A few of those include Tony Hawk’s Pro Skater, Ed Hunter, Duke Nukem 3D, Quake, Dark Souls, and many more. What’s more, Dark Souls’ soundtracks found such success that they even inspired a new generation of metal bands, including Tomb Mold, Soulmass, Green Druid, Firelink, and Hath.

Just like famous metal bands had their music featured in games, they also inspired the industry to make games dedicated entirely to them and their music. Motörhead, for example, not only had their songs featured in many popular games such as Guitar Hero, Asphalt XTreme, Call of Duty: Black Ops 2, Tony Hawk’s Downhill Jam, and GTA IV, but game-makers even created titles with Motörhead’s name on the cover, the best example being Motörhead Through the Ages. Bbesides Lemmy and the gang, AC/DC are another classic act to get their own video game, AC/DC Live: Rock Band, a must-play for all the true fans.

The trend extends beyond classic video games. The online casino industry also loves incorporating metal music into their games, and they even have casino games with big metal band names as a theme and title. If you browse through some quality online casinos and slots guides, such as VegasSlotsOnline, you will not only be able to find a full-on guide on how to play the games, together with some great tips and tricks for getting the best out of any title, but you will also find slot games dedicated to Motörhead, AC/DC, Hammerfall, and many, many more, speaking to how potent metal truly is.

Metal has been with us for decades, and with each passing year it helps inspire even more industries. Gaming is undoubtedly one of the biggest, as metal is used to infuse games with adrenaline and help players feel like they are inside the screen itself. And not only that, but metal has also brought us some new games where we can enjoy the music and bands and simply have fun while scoring high.