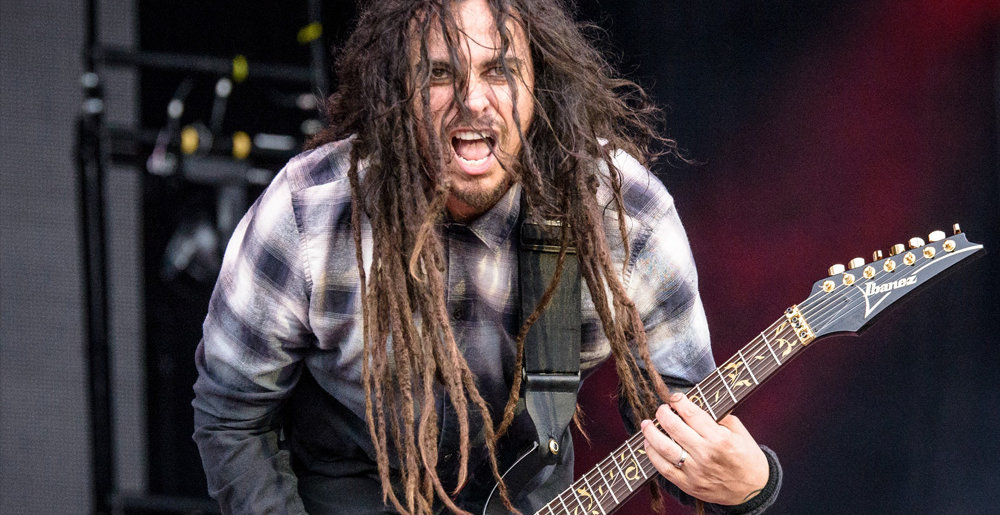 Korn guitarist James “Munky” Shaffer has returned to the stage with the band after a bout with Covid-19 that sidelined him for five shows over the span of about ten days.

The band announced that Munky had tested positive on September 9. J.R. Bareis, who plays in Love and Death with Korn’s other guitarist, Brian “Head” Welch, stepped in to take Munky’s place while the tour continued.

Munky rejoined the band this past Saturday night, September 18, in Austin, TX. Neither he or the band have commented on his return or provided details about his infection or health. Fan-filmed footage of that performance is available below.

Earlier in the tour, Korn frontman Jonathan Davis also contracted Covid-19. Following Davis’s infection, the band postponed six shows and outright canceled two more. When they returned nearly two weeks later — at which point Davis was “still struggling with the Covid after-effects,” according to guitarist Brian “Head” Welch — the singer was aided on stage by a throne, on which he sat to catch his breath periodically throughout the set. Davis told the crowd his first night back that “that shit kicked my motherfucking ass.”

Ra Diaz of Suicidal Tendencies has been filling in for Korn on bass while Reginald “Fieldy” Arvizu takes a break to address some “bad habits” and take care of his family.

Remaining dates of Korn’s current tour, including those rescheduled as a result of Davis’s absence:

Metal Sucks Greatest Hits
60 -
BETTY WHITE TOUCHED SLASH’S PYTHON (DON’T WORRY, IT WAS JUST THE TIP)
0 -
Give a Heavy Metal Valentine’s Day Card to Someone You Love
0 -
36 Seconds of Hell on Earth: Video from the Guitar Center Grand Opening in Times Square
0 -
Video Footage of Emmure’s Frankie Palmeri Getting Electrocuted On Stage in Russia
0 -
If You Like Bass Dogs, You’ll LOVE Drum Fish
0 -
Science Explains How Metal Singers are Able to Scream Without Damaging Their Vocal Cords