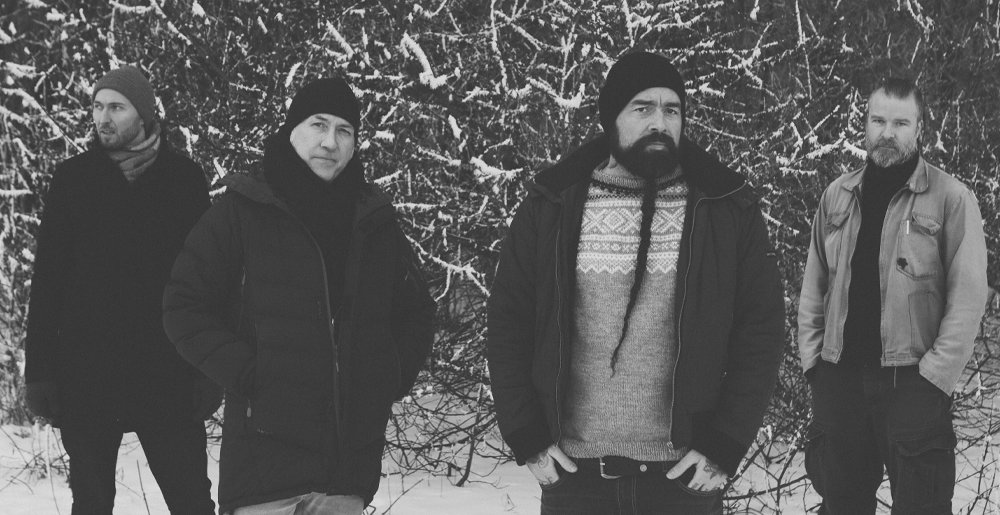 Not to Be Outdone by Limp Bizkit, Ulver Will Also Release a New Album on Halloween

It is, of course, not the case — half of me wonders if the dudes in Ulver have ever even heard of Limp Bizkit — but I may pretend it is when Ulver release a new album, Scary Muzak, on Halloween this Sunday… which is the same day, of course, that Bizkit are dropping Still Sucks, their first new record in ten years. It’s like, gee… which one will I listen to first???

“The new album is largely inspired by the band’s love of horror film director and musician John Carpenter, and came abut after Ulver performed a reimagined version of the iconic score to Carpenter’s Halloween along with a screening of the film at the newly restored 1920s cinema at Frogner in Oslo last year.”

Scary Muzak includes seven original tracks along with five covers of themes from various Carpenter-composed themes for the director’s films. Which five? I’m not entirely sure; the song titles all have been scrambled or re-imagined for the track listing. The first track, “Aleen Howl,” is presumably the Halloween theme. As for the others, well… here, see if you can figure it out:

You can check out the Scary Muzak album art below.

Metal Sucks Greatest Hits
400 -
Danzig is Just Cleaning Up His Motherf*cking Bricks, Bitch
0 -
50 Things You Never Knew About George “Corpsegrinder” Fisher’s Neck
0 -
The Best Metal Albums of 2013, As Chosen by Metal Musicians Themselves — Part I: Machine Head’s Robb Flynn
7810 -
Does Anyone Know What the Hell Clown from Slipknot Is Talking About?
0 -
Give a Heavy Metal Valentine’s Day Card to Someone You Love
0 -
Drummer Mark Castillo Receives Cochlear Implant, Quits Emmure