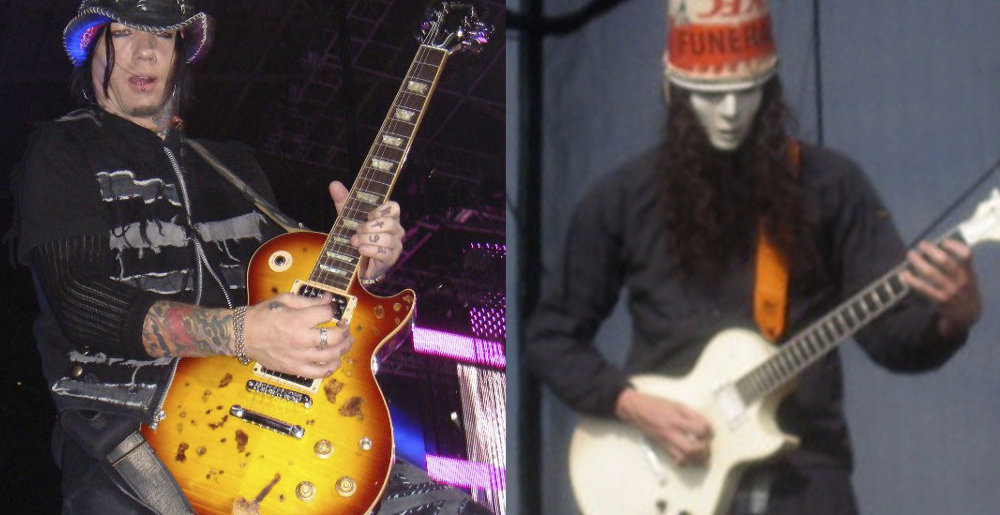 There was a period in the early 21st century when Guns N’ Roses, as a visual, made no goddamn sense whatsoever. Axl Rose replaced the classic line-up with a cadre of brilliant professional sidemen — and they all showed up dressed for their old jobs. Nine Inch Nails guitarist Robin Finck sported black-and-white make-up, a skirt, and a haircut which appeared to be born of just turning on an electric razor and letting it randomly do its thing; the Replacements bassist Tommy Stinson wore plaid suits, suspenders, and spiky hair; drummer Bryan “Brain” Mantia looked like Fred Durst’s cooler cousin.

And then there was Buckethead (né Brian Carroll), who, y’know, wears a bucket on his head.

Did the self-evident lack of internal coordination make Guns N’ Roses less “cool”? Coolness is subjective, of course, but… I think imposing a dress code would honestly have been way weirder. And at the end of the day, all of these musicians are brilliant, and I’d argue that’s all that should matter.

Former Guns N’ Roses/current Sixx:A.M. guitarist Dj Ashba, however, disagrees with me. When Antihero recently asked Ashba what he expected when he first joined GN’R, he replied:

“I didn’t know what to expect. I was hoping that one day [original Guns lead guitarist] Slash would come back and the reason I took the gig is that honestly, I was, no disrespect to Buckethead or anybody, but seeing a guy run around with a chicken bucket on his head, it’s like, to me, that took the coolness out of the band that I grew up loving and that’s one of the main reasons I wanted to get in there and try to do whatever I could do to get justice, bring back that reckless rock and roll vibe of what Slash was all about and Guns N’ Roses was all about. To me it was in a sense losing that thing that I loved about the band. And I love Buckethead as a guitarist, no disrespect at all, it’s just, in my opinion, he didn’t really fit the band.”

I’m not sure why Ashba is picking on Buckethead here — Buckethead had been out of GN’R for like five years already when Ashba joined the fold. I guess he deemed Buckethead’s successor, Ron “Bumblefoot” Thal, and his own predecessor, Finck, to be aesthetically acceptable.

But even putting that aside, what Ashba is saying here is, ostensibly, “I joined the band so that they didn’t hire someone else who isn’t as cool as me.” Which is hilarious. I mean, I wish had this dude’s level of self-esteem.

At least now we know why Ashba basically engaged in Slash cosplay while he was in Guns: because it was the cool thing to do!