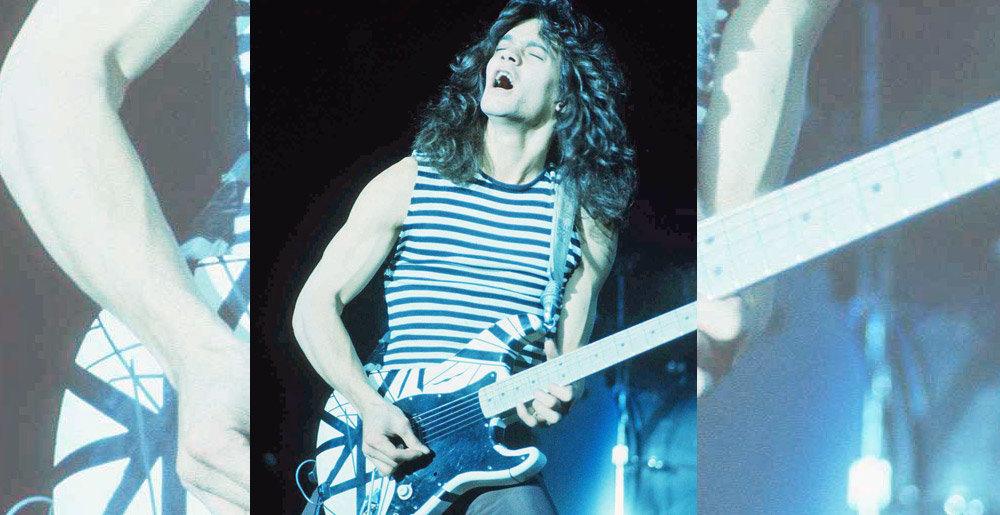 Alex Van Halen, Sammy Hagar and Others Pay Tribute to Eddie Van Halen on His Birthday

A number of key members of the Van Halen tribe paid tribute to Eddie Van Halen yesterday, January 26, on what would have been the iconic guitarist’s 67th birthday.

Eddie’s brother and Van Halen drummer Alex, who has largely stayed out of the public eye since Eddie’s death, posted a short message on the band’s official website:

“Hey Ed, Happy birthday! May your light never dim. Love you, miss you and btw… Wolf is killin’ it.”

Sammy Hagar and Michael Anthony both posted statements of their own on the duo’s shared Instagram account, @VanHagarOtherHalf. Sammy said:

“Happy birthday my dear friend, I sure do miss you. Thank God we still and always will have the music to celebrate. on this day 24 hours of VH in order. ❤️???? #TheImmortalEddieVanHalen”

“Happy Birthday Ed, I miss ya brother! You were such a huge part of my life, I will always celebrate and wave the VH flag high!!”

“Happy birthday, Pop. I love and miss you more than you could ever know.”

Eddie’s former wife, and Wolfgang’s mother, Valerie Bertinelli, wished Eddie a happy birthday with an old photo of the guitarist and a heart emoji, which you can see below.

Van Halen passed away in October of 2020 at the age of 65. The official cause of death was later determined to be a cerebrovascular accident, or CVA — which is medical jargon for a stroke — but the death certificate also notes that Van Halen was suffering from lung cancer (which was publicly known), pneumonia, and myelodysplastic syndromes (MDS), which is a bone marrow disorder.

Metal Sucks Greatest Hits
0 -
Slipknot’s Corey Taylor Shares Photo of “Post-Gig Make-Up Debacle” Beneath His Mask
0 -
The Red Chord’s Guy Kozowyk is a Police Officer Now
0 -
Someone Made a Lemmy Doll from a Mr. Potatohead
0 -
36 Seconds of Hell on Earth: Video from the Guitar Center Grand Opening in Times Square
0 -
Comedian Rob Delaney’s Open Letter to High on Fire’s Matt Pike
0 -
Scientific Proof That Djent is a Genre