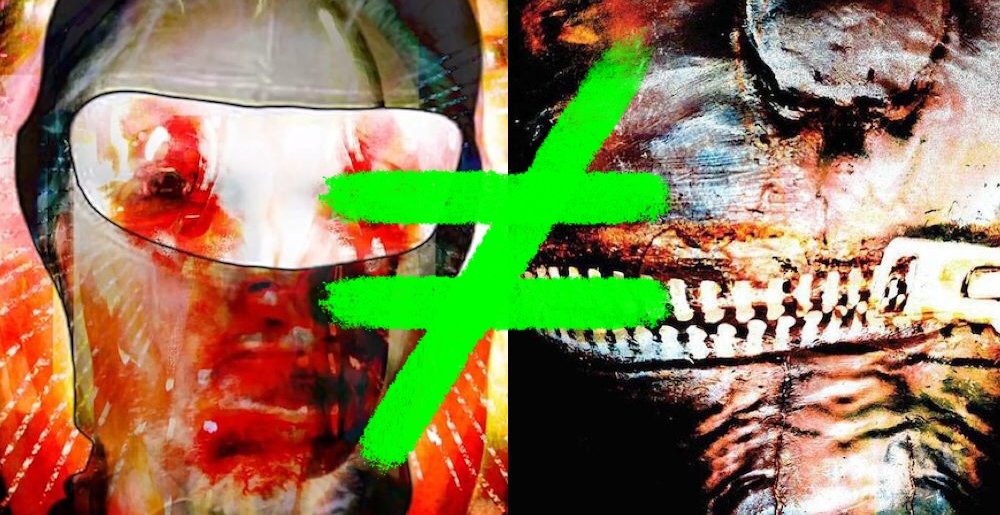 Opinion: Comparing Your Upcoming Album to Your Classic Albums Is A Death Sentence

It seems like right now, we’ve heard a lot of bands comparing their highly-anticipated new albums to their classics. Only recently, Korn’s Munky compared the band’s new record Requiem to 2002’s Untouchables, Corey Taylor said the new Slipknot record is like a “heavier version of [2004’s] Vol. 3,” and just today it’s going around that Nuclear Blast A&R legend Monte Connor has told Machine Head that their new album sounds like a sequel to 2007’s massive The Blackening. Interestingly, Machine Head’s Robb Flynn seems trepidatious of this, saying, “I don’t know if I want to put that concept into people’s heads…”

Robb is smart to be wary, because this? Tying your unheard new album to your most famous ones? This is a death sentence. Comparing your upcoming material to an earlier album where you felt you did something great is a surefire way to disappoint fans. Worse, it broadcasts something kind of sad: that you’re trying to recapture something that’s gone, rather than whatever it is you are now.

Comparing one’s upcoming material to their classic material isn’t a new concept, or sales tool. Back in ’94, Slayer’s record company were already touting their album Divine Intervention as their return to Reign In Blood‘s style, with the latter album not even a decade cold in its grave. But at least then, the music industry was still as bloated as it’s ever been, selling new records in clouds of mystique and secrecy. Now, in the age of Mother Internet, transparency is impossible to avoid. And the transparency of these kinds of comparisons is bad for bands.

First and foremost, here’s why comparing your new record to your classic one is foolhardy: time, you dummies. So much of what makes classic albums amazing is where the band were, who they were, and where the world was when that music was written. Now, however, the band is not only different than they were (because that’s how time works), but they’re aware of what fans consider their classics. They have inevitably been influenced by the fans response to the albums that blew them up. Not only are they trying to catch lightning in a bottle a second time, they’re only doing so because everyone keeps talking about that one damn storm.

Worse, the self-awareness is a little sad. So often, a band’s best album comes when they least expect it, when they’re just writing to make music and enjoy themselves. That’s why The Blackening was so amazing — Machine Head were coming off of the favorable reviews from 2003’s Through The Ashes Of Empires, but they were by no means forgiven for their nu-metal days. On The Blackening, you could hear a band deciding to do what came naturally. Trying to restage that feels tired, and a little worrisome. Why not just throw caution to the wind again? Why not do this because you love it?

I understand that for established bands, this is not that easy. You’ve got a million people breathing down your neck, relying on you to deliver a smash. You’ve got a million lists online pointing at one moment in your career, saying, THAT, right there, was when you were good. But maybe the way to be the best artist you can be is to ignore the world and all its deceitful bickering. If the influence of anything but your own heart is what’s driving you, well, maybe your heart isn’t speaking loudly enough. Maybe it needs a new voice.

That’s the worst part of making these comparisons: it shows you don’t believe in what you’re doing now. I love listening to a band’s latest album so I can hear how they feel right then and there; to learn that their latest album will strive to be something from a decade-plus ago leaves me feeling robbed. If making metal is what you love, then you’ve got to make it, in 2022, unabashedly. And if people hate it, well, moving on! Certain artists who’ve been brainwashed by the concept that monetary success means creative success might see that as losing ground or hurting your brand or business, but then you just gotta wait for the next When We Were Young fest to make your comeback and prove that your sophomore slump was actually a seminal release. In the meantime, learn to bartend (or blog!).

To sound old as fuck about it, part of what’s hurting these bands is that recycling material seems to be the new originality these days. There’s a sense that if Gen Z hasn’t seen it, it’s new, so that Tiktok is full of bad lip-syncing and stolen comedy bits. That comes with a fetishization of the newly-discovered classics, so that Machine Gun Kelly revealing he’s heard Shout At The Devil and Enema of the State is somehow novel. This inspires older acts to harp on the things they did that were newsworthy, so as to hopefully remind young fans of why they’re so important. But the worst thing older artists can do is pander to what’s cool now or what the kids like. Be the ruling body of your own life. No one likes a try-hard.

At the end of the day, all artists are just trying to make some fucking money and eat some fucking dinner, so these comparisons are understandable. You want people to mention your new release and your famous ones in the same sentence. But all you’re doing is setting your new album up for a fall, and telling us a lie that will now live forever on the Internet. Show the world who you are now, as bravely as you can. Otherwise, this will be the album that the others are compared to — and not in a good way.

Sponsored Links from Across the Internet
Show Comments
Related Articles
Editorials 0
Editorial: There Are Nazis in Hell
May 2nd, 2017 at 3:15pm Emperor Rhombus

…which is why Satanic black metal bands so often reference them.

Editorials 0
Editorial: Donald Trump’s America Has No Place For Metal
November 22nd, 2016 at 11:16am Emperor Rhombus

The minute this guy feels threatened by us, he’ll begin finding a way to harm us.

Editorials 0
Editorial: At What Metal Show Would You Want Your Ashes To Be Scattered?
May 6th, 2016 at 4:00pm Emperor Rhombus

Your first pick might not be your best one.