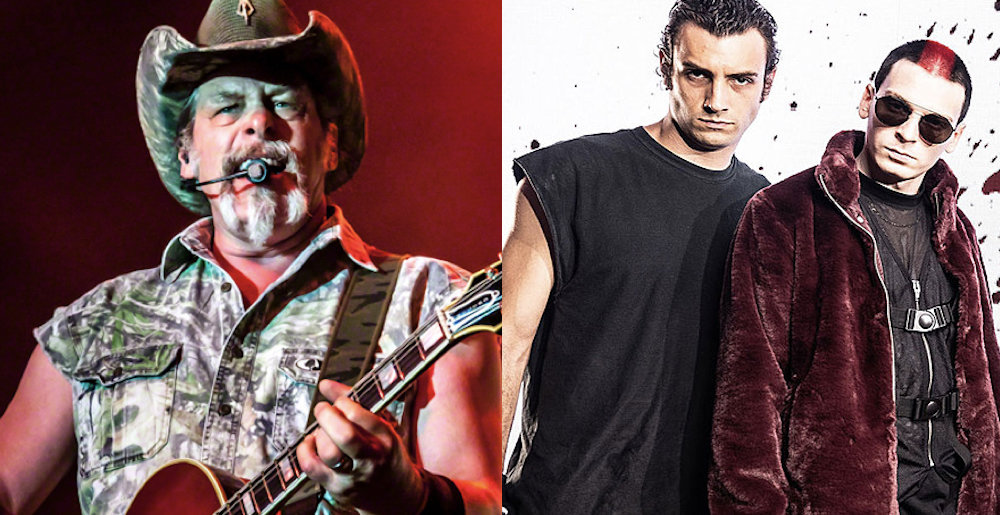 We’re not sure if you know this, but Ted Nugent is old and cranky. The guitarist and vocalist is prone to semi-coherent rants about anything from Joan of Arc (who Ted sort of remembered), Neil Young being Canadian, and of course, the good ol’ Communist Chinese. But it seems that Ted has lost his focus, and is forgetting what old men are really supposed to bitch about: kids today!

In a new interview with whoever’s still giving Ted a platform, the Nuge got angry about how musicians aren’t as good as when he was a young’un, because yeah, the universe got it right with this guy (as transcribed by Blabbermouth):

“Musicians aren’t as dedicated today. I know there’s a bunch of great ones. I mean, Joe Bonamassa is a young guy, and Kid Rock is not a young guy, but he’s now. And I love what Big & Rich do. I love the sincerity of Blake Shelton and Toby Keith, though I can’t stand most country music. And Greta Van Fleet does a great job, and everything the Foo Fighters do is awesome. But, it’s not like Ted Nugent or Bob Seger or the Amboy Dukes or ZZ Top or Cheat Trick or Montrose or Van Halen. You know what I mean? Those bands, we just practiced more; we loved it more.”

Sorry, so why is Ted going off on this tirade? He’s old, he thinks music was better when he was a pup…is there a specific reason he’s —

“So, that’s why [my upcoming album] ‘Detroit Muscle’ is gonna be really significant to people who love that fire and that defiance and fun. Music is supposed to be fun. Even when you articulate corruption and ‘Dog Eat Dog’ sabotage on the downtown streets and police cars overturned — yeah, I’m identifying social conditions, but I also am a master at escaping social outrageousness and replacing it with fun, defiant, ‘We The People,’ middle-finger-on-fire, grinding Motown funk brother outrageousness.”

Ooooh, Ted’s shilling! See, Ted knows no one under the age of 40 thinks of him as anything other than an unglued nutbar who’d fuck his gun if he could find the butter. So he’s rallying his fanbase. Want to buy an album, but don’t know what to get? The hell you gonna pick up a Billie Eilish record. Buy this, made by someone who just LOVES MUSIC MORE, like we used to.

Metal Sucks Greatest Hits
0 -
Watch This Kid Perform Europe’s “The Final Countdown” Entirely with Hand-Farts
1730 -
Leyla Ford’s Eleven Cardinal Rules of Attending a Concert
7810 -
Does Anyone Know What the Hell Clown from Slipknot Is Talking About?
1230 -
Loutallica’s LuLu: The MetalSucks Reviews
0 -
Photos of Metal Musicians When They Were Kids
0 -
Is Facebook Trying to Extort Bands and Brands?