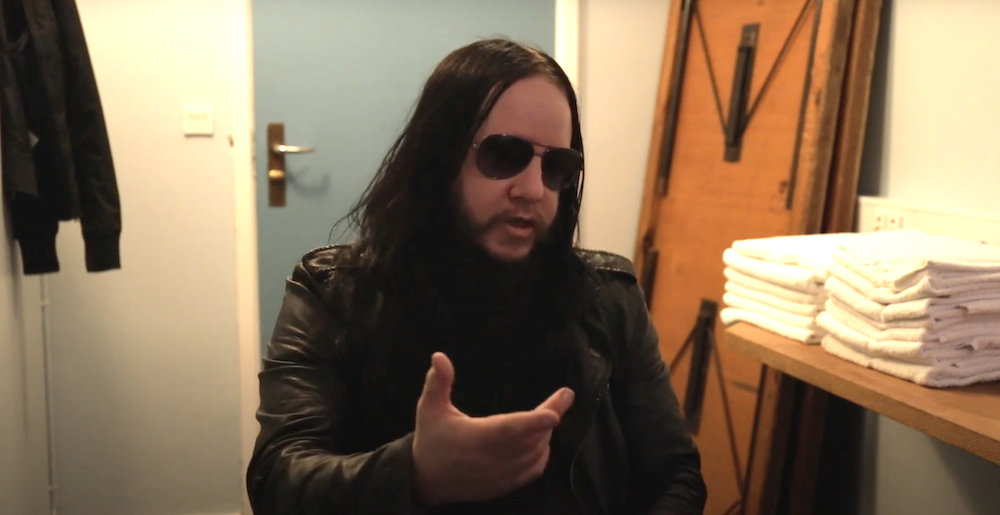 Back in July, the rock and metal community was crushed to learn that Joey Jordison, founding drummer of Slipknot and performer in Murderdolls and Sinsaenum, had died at the age of 46. Now, a previously-unpublished interview with Joey from 2018 has been released, and it’s both informative and very heartbreaking given what’s followed.

The video comes from Danish YouTubers Metal A Day, who published their complete uncut video with Joey this weekend. The video was done at the VEGA music venue in Copenhagen, where Joey was about to perform with Sinsaenum. It’s interesting to hear in part because it’s obvious that the interviewer wants to talk about Slipknot, but perhaps senses that it’s a bad idea.

When asked about his health, Joey says:

That’s one good thing about being on tour — you get to play every day, you’re constantly moving, you’re having to travel all over the place…you’re in constant movement. It’s constant exercise.

But perhaps the toughest part for fans will be listening to Joey discuss what the future holds with Sinsaenum:

“What we want to achieve to just keep growing it, make it bigger and bigger. Now, with three releases, we’re playing selections from all three albums. We just want to keep touring and get out to as many people as possible, and just keep growing Sinsaenum every day.

“When things come along, and there’s an opportunity…there’s a responsibility when you’re releasing records. This being our third record…you gotta go where the work is. And you’ve gotta be there, ready to play. Other than that, just glad to be anywhere. Glad to be here, playing tonight, and we’re looking forward to it.

“We don’t have to play. We could be home with our families. But the thing is, with a true musician, you do, even if you don’t want to or don’t feel like it some days — 30 seconds onstage, and you’re glad that you’re there. And you’re thankful for it.”

You can watch the full interview below:

Thanks to Anders for the heads up.